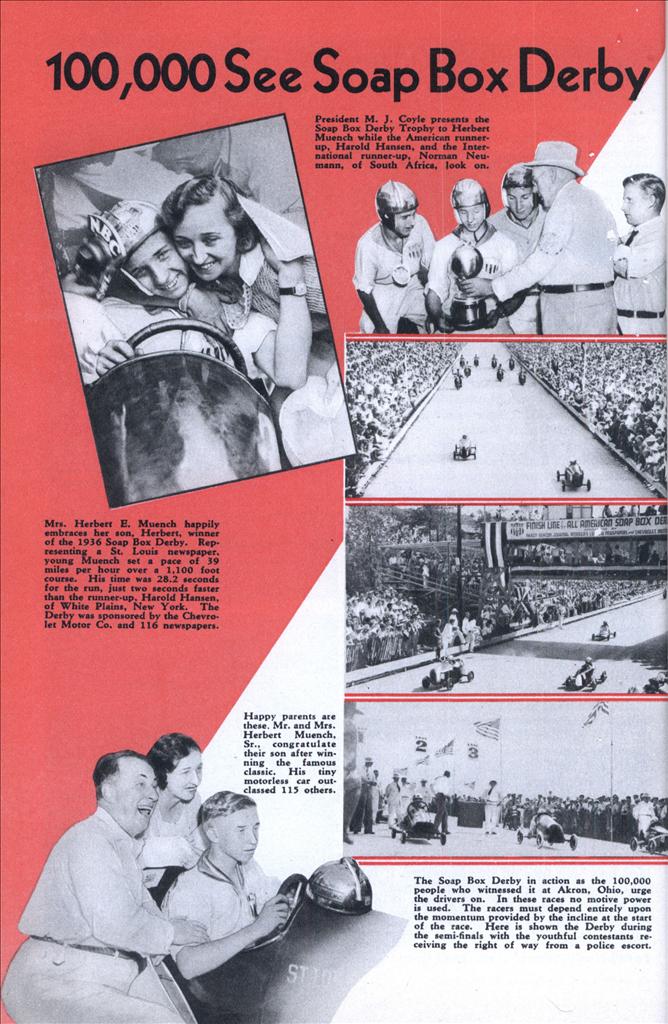 Mrs. Herbert E. Muench happily embraces her son, Herbert, winner of the 1936 Soap Box Derby. Representing a St. Louis newspaper, young Muench set a pace of 39 miles per hour over a 1,100 foot course. His time was 28.2 seconds for the run, just two seconds faster than the runner-up, Harold Hansen, of White Plains, New York. The Derby was sponsored by the Chevrolet Motor Co. and 116 newspapers.

Happy parents are these. Mr. and Mrs. Herbert Muench, Sr., congratulate their son after winning the famous classic. His tiny motorless car outclassed 115 others.

The Soap Box Derby in action as the 100,000 people who witnessed it at Akron, Ohio, urge the drivers on. In these races no motive power is used. The racers must depend entirely upon the momentum provided by the incline at the start of the race. Here is shown the Derby during the semi-finals with the youthful contestants receiving the right of way from a police escort.