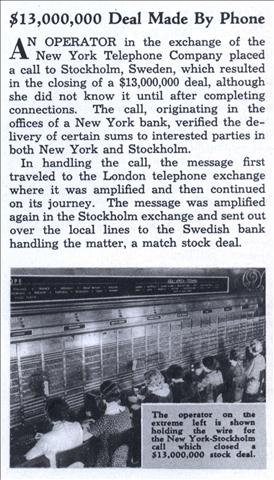 AN OPERATOR in the exchange of the New York Telephone Company placed a call to Stockholm, Sweden, which resulted in the closing of a $13,000,000 deal, although she did not know it until after completing connections. The call, originating in the offices of a New York bank, verified the delivery of certain sums to interested parties in both New York and Stockholm.