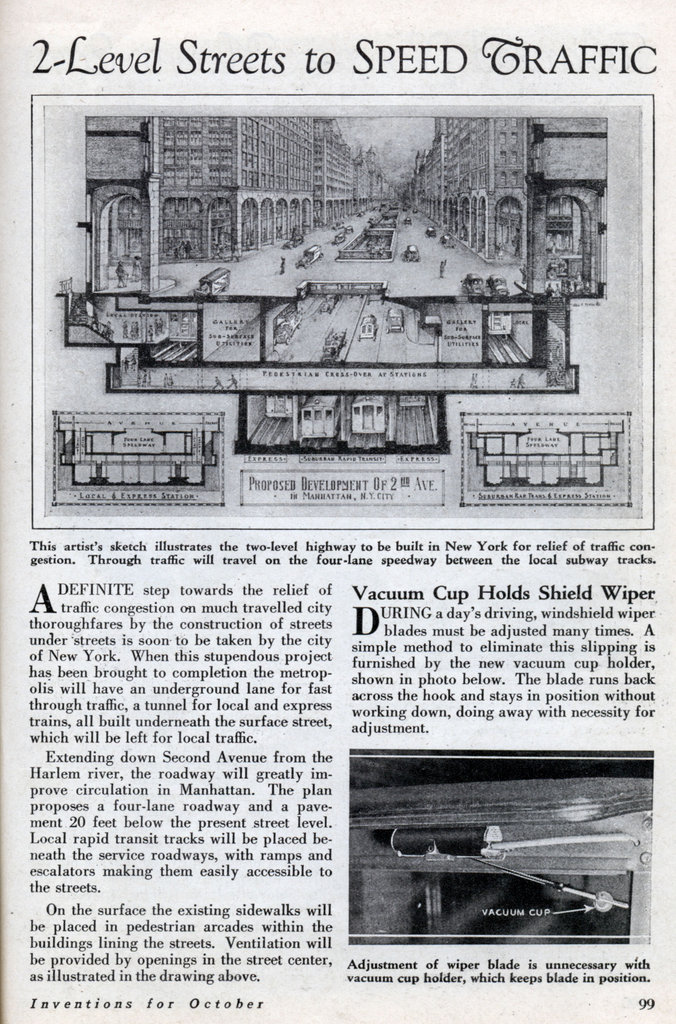 A DEFINITE step towards the relief of traffic congestion on much travelled city thoroughfares by the construction of streets under streets is soon to be taken by the city of New York. When this stupendous project has been brought to completion the metropolis will have an underground lane for fast through traffic, a tunnel for local and express trains, all built underneath the surface street, which will be left for local traffic.

Extending down Second Avenue from the Harlem river, the roadway will greatly improve circulation in Manhattan. The plan proposes a four-lane roadway and a pavement 20 feet below the present street level. Local rapid transit tracks will be placed beneath the service roadways, with ramps and escalators making them easily accessible to the streets.

On the surface the existing sidewalks will be placed in pedestrian arcades within the buildings lining the streets. Ventilation will be provided by openings in the street center, as illustrated in the drawing above.