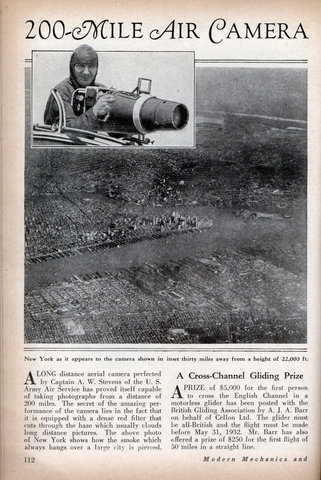 200-Mile Air Camera
ALONG distance aerial camera perfected by Captain A. W. Stevens of the U. S. Army Air Service has proved itself capable of taking photographs from a distance of 200 miles. The secret of the amazing performance of the camera lies in the fact that it is equipped with a dense red filter that cuts through the haze which usually clouds long distance pictures. The above photo of New York shows how the smoke which always hangs over a large city is pierced.