I’m pretty sure that there is enough bandwidth out there now that every single person on earth could be on the phone at the same time. Though, there’d probably be some seriously over saturated lines in more remote locales.

Incidentally, those calls cost roughly $119 a minute in 2009 dollars. 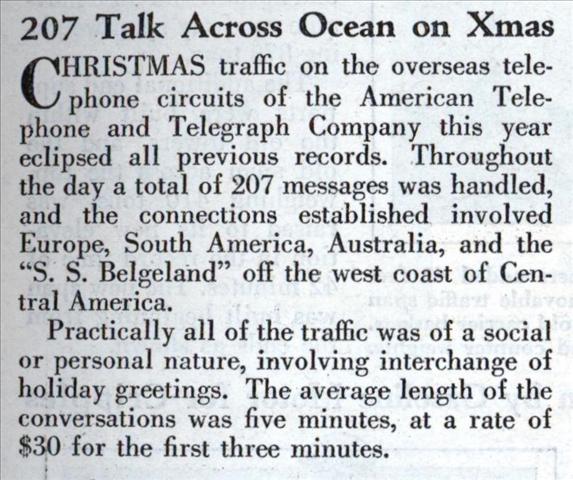 207 Talk Across Ocean on Xmas

CHRISTMAS traffic on the overseas telephone circuits of the American Telephone and Telegraph Company this year eclipsed all previous records. Throughout the day a total of 207 messages was handled, and the connections established involved Europe, South America, Australia, and the “S. S. Belgeland” off the west coast of Central America.

Practically all of the traffic was of a social or personal nature, involving interchange of holiday greetings. The average length of the conversations was five minutes, at a rate of $30 for the first three minutes.