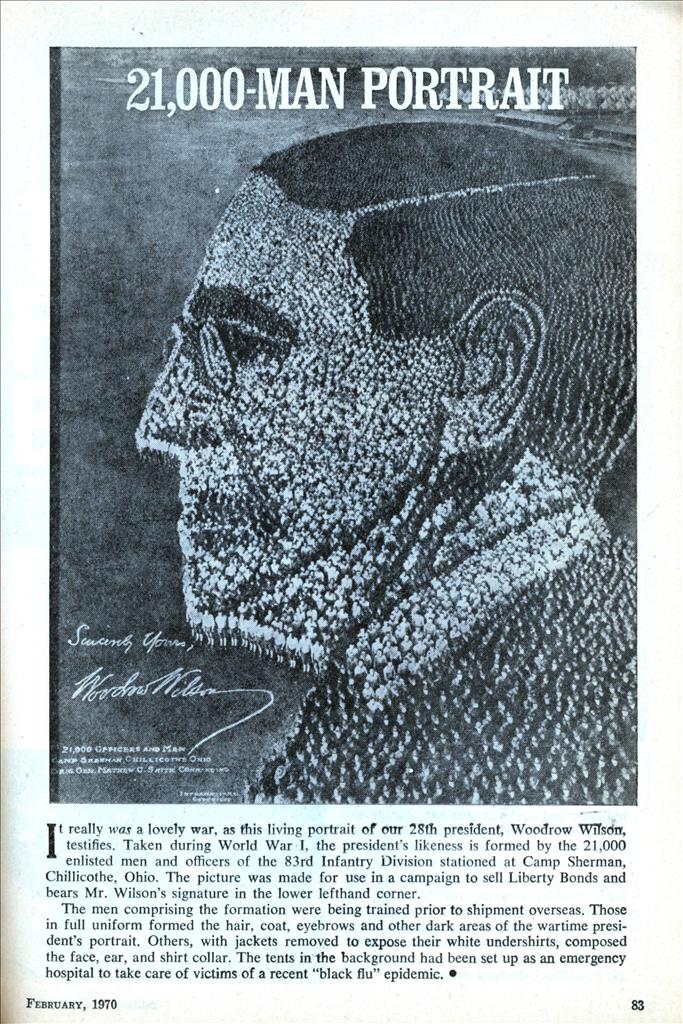 It really was a lovely war, as this living portrait of our 28th president, Woodrow Wilson, testifies. Taken during World War I, the president’s likeness is formed by the 21,000 enlisted men and officers of the 83rd Infantry Division stationed at Camp Sherman, Chillicothe, Ohio. The picture was made for use in a campaign to sell Liberty Bonds and bears Mr. Wilson’s signature in the lower lefthand corner.

The men comprising the formation were being trained prior to shipment overseas. Those in full uniform formed the hair, coat, eyebrows and other dark areas of the wartime president’s portrait. Others, with jackets removed to expose their white undershirts, composed the face, ear, and shirt collar. The tents in the background had been set up as an emergency hospital to take care of victims of a recent “black flu” epidemic.