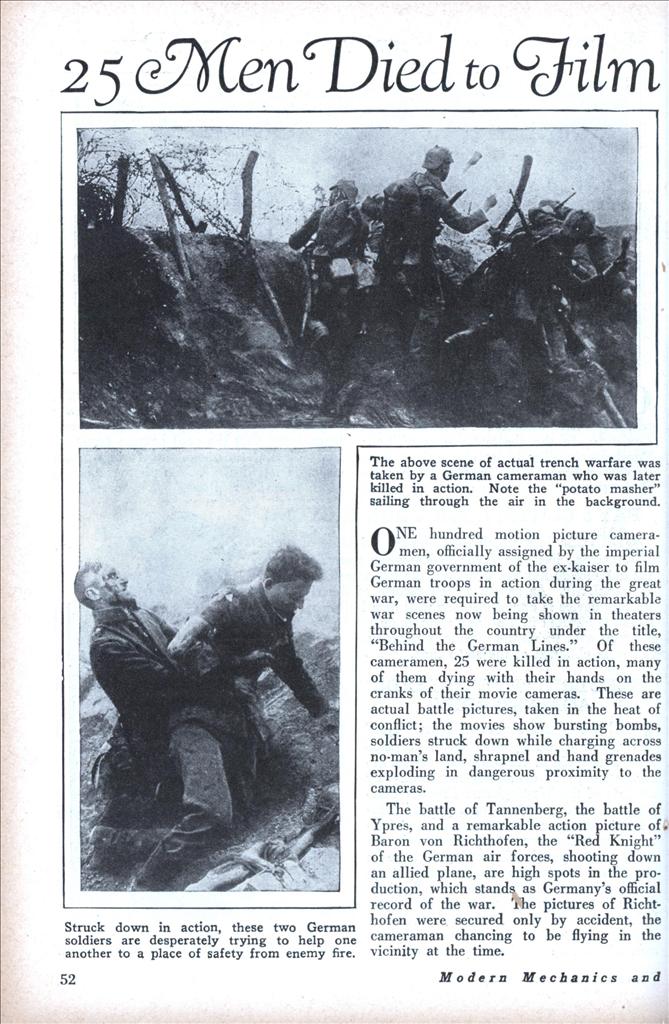 ONE hundred motion picture cameramen, officially assigned by the imperial German government of the ex-kaiser to film German troops in action during the great war, were required to take the remarkable war scenes now being shown in theaters throughout the country under the title, “Behind the German Lines.” Of these cameramen, 25 were killed in action, many of them dying with their hands on the cranks of their movie cameras. These are actual battle pictures, taken in the heat of conflict; the movies show bursting bombs, soldiers struck down while charging across no-man’s land, shrapnel and hand grenades exploding in dangerous proximity to the cameras.

The battle of Tannenberg, the battle of Ypres, and a remarkable action picture of Baron von Richthofen, the “Red Knight” of the German air forces, shooting down an allied plane, are high spots in the production, which stands as Germany’s official record of the war. The pictures of Richthofen were secured only by accident, the cameraman chancing to be flying in the vicinity at the time.