When I was kid I had a subscription where I would get disks full of software from MECC every month. I loved their stuff. 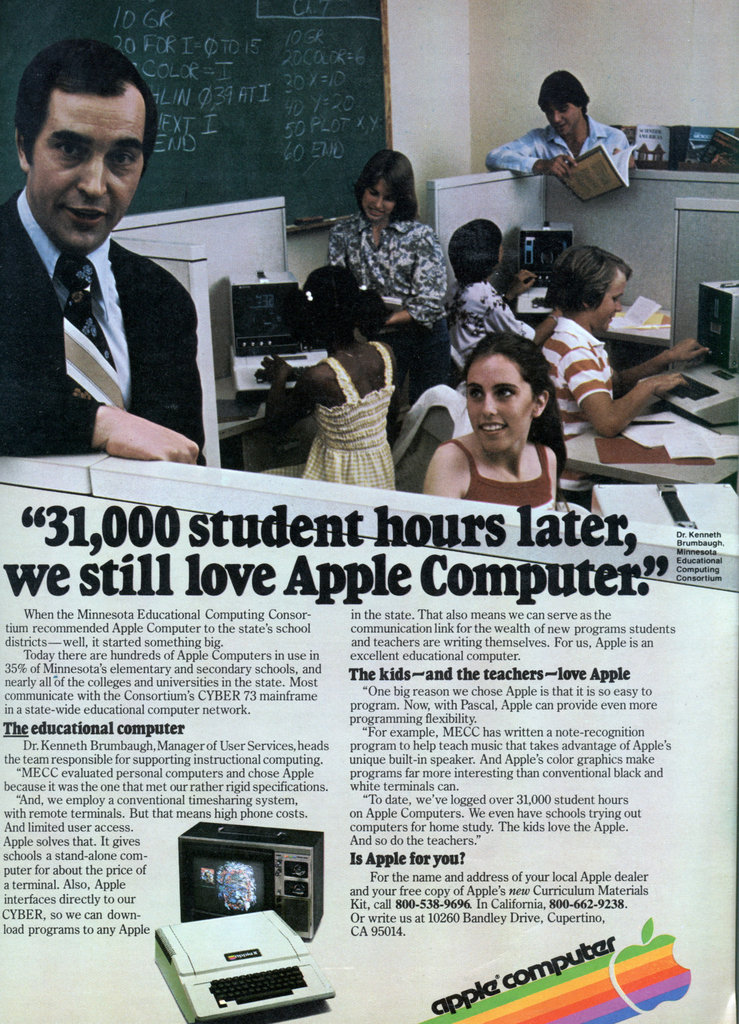 When the Minnesota Educational Computing Consortium recommended Apple Computer to the state’s school districts—well, it started something big.

Today there are hundreds of Apple Computers in use in 35% of Minnesota’s elementary and secondary schools, and nearly all of the colleges and universities in the state. Most communicate with the Consortium’s CYBER 73 mainframe in a state-wide educational computer network.

“MECC evaluated personal computers and chose Apple because it was the one that met our rather rigid specifications.

“And, we employ a conventional timesharing system, with remote terminals. But that means high phone costs. And limited user access. Apple solves that. It gives schools a stand-alone computer for about the price of a terminal. Also, Apple interfaces directly to our CYBER, so we can download programs to any Apple in the state. That also means we can serve as the communication link for the wealth of new programs student: and teachers are writing themselves. For us, Apple is an excellent educational computer.

The kids-and the teachers-love Apple “One big reason we chose Apple is that it is so easy to program. Now, with Pascal, Apple can provide even more programming flexibility.

“To date, we’ve logged over 31,000 student hours on Apple Computers. We even have schools trying out computers for home study. The kids love the Apple. And so do the teachers.”

Is Apple for you?