Popular Mechanics
Issue: Sep, 1948
Posted in: Trains
1 Comment on A Century of Railroads on Parade (Sep, 1948)

I love the upside down train, that’s a great idea. 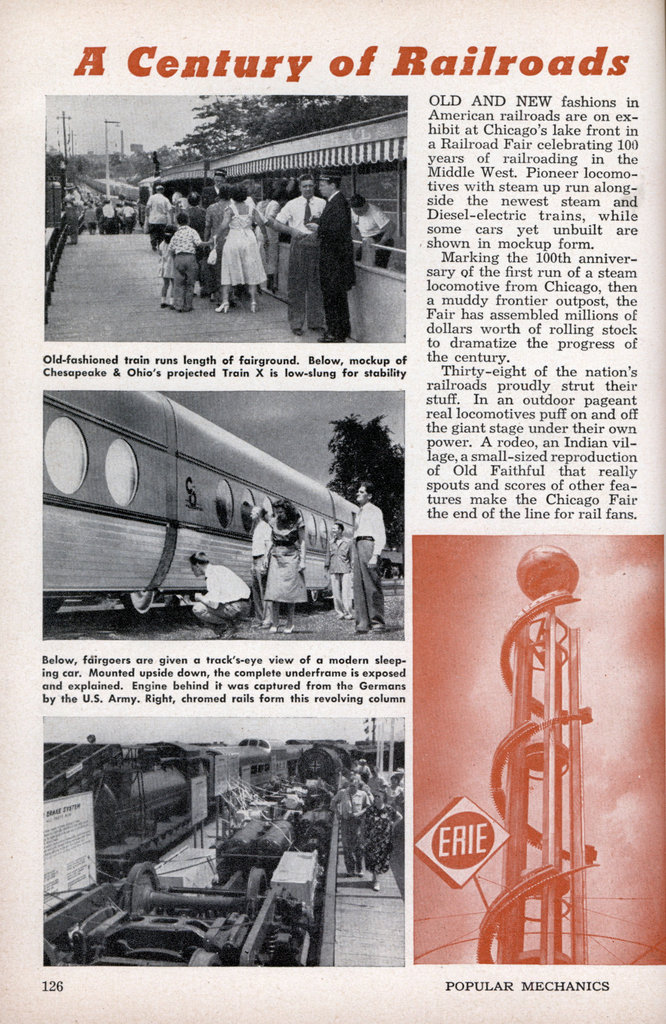 A Century of Railroads on Parade

OLD AND NEW fashions in American railroads are on exhibit at Chicago’s lake front in a Railroad Fair celebrating 100 years of railroading in the Middle West. Pioneer locomotives with steam up run alongside the newest steam and Diesel-electric trains, while some cars yet unbuilt are shown in mockup form.

Marking the 100th anniversary of the first run of a steam locomotive from Chicago, then a muddy frontier outpost, the Fair has assembled millions of dollars worth of rolling stock to dramatize the progress of the century.

Thirty-eight of the nation’s railroads proudly strut their stuff. In an outdoor pageant real locomotives puff on and off the giant stage under their own power. A rodeo, an Indian village, a small-sized reproduction of Old Faithful that really spouts and scores of other features make the Chicago Fair the end of the line for rail fans.