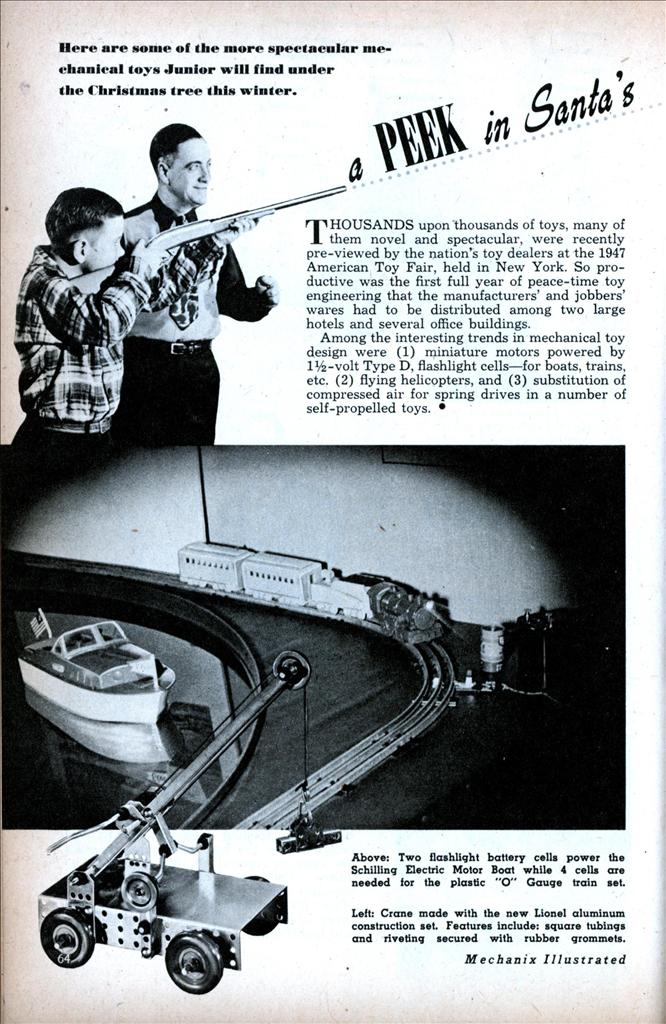 a PEEK in Santa’s PACK!

Here are some off the more spectacular mechanical toys Junior will find under the Christmas tree this winter.

THOUSANDS upon thousands of toys, many of them novel and spectacular, were recently pre-viewed by the nation’s toy dealers at the 1947 American Toy Fair, held in New York. So productive was the first full year of peace-time toy engineering that the manufacturers’ and jobbers’ wares had to be distributed among two large hotels and several office buildings.