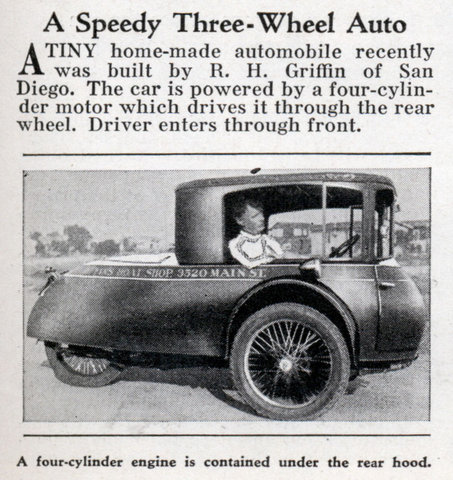 A Speedy Three-Wheel Auto
A TINY home-made automobile recently was built by R. H. Griffin of San Diego. The car is powered by a four-cylinder motor which drives it through the rear wheel. Driver enters through front.