I kind of want to try to engineer a Hipster revival of curling. 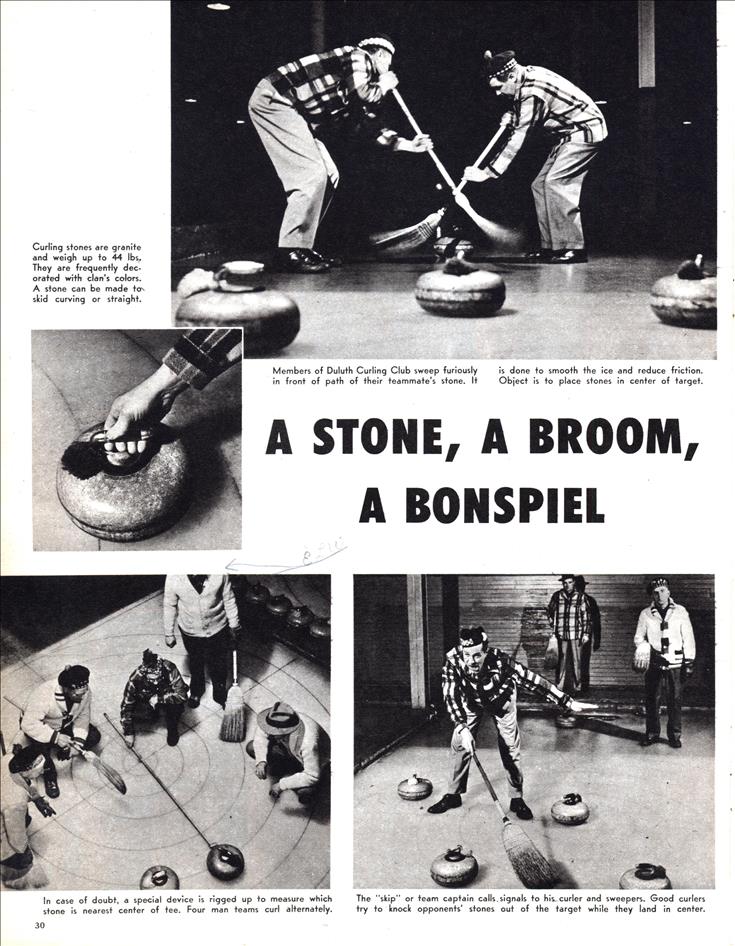 A STONE, A BROOM, A BONSPIEL

THE OLD SCOTTISH SPORT OF CURLING IS WINNING NEW FANS IN AMERICA THERE’S none of the fire that goes with brimstone in this broom and stone game called curling—one of the oldest and most baffling man-devised sports on ice. In its essentials, this ancient Scottish pastime is like bowling or shuffleboard except that it requires much more finesse and subtlety than both.

The equipment is simple: a kitchen broom and a pair of curling stones (granite discs weighing about 40 pounds with a goose-neck handle on top.) Oh yes, you need an expanse of ice too!

The curler skims his stone toward the goal, 38-yards down the ice, while his captain, or “skip.” calls the shot. Two other team members stand by, and if necessary they sweep the ice vigorously ahead of the stone with their brooms. Good sweeping can add more than 15 feet to the distance achieved by a good throw. It can also change the direction of the stone.

There are now more than 175,000 members of curling clans in America. Teams compete in winter tournaments called “‘bonspiels.”