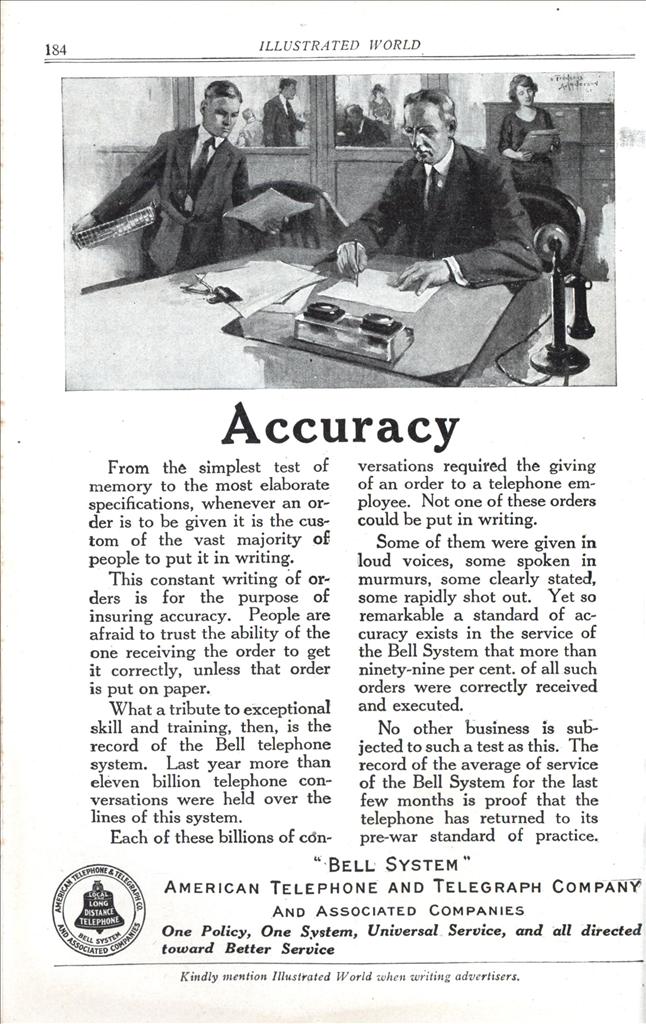 From the simplest test of memory to the most elaborate specifications, whenever an order is to be given it is the custom of the vast majority of people to put it in writing.

This constant writing of orders is for the purpose of insuring accuracy. People are afraid to trust the ability of the one receiving the order to get it correctly, unless that order is put on paper.

What a tribute to exceptional skill and training, then, is the record of the Bell telephone system. Last year more than eleven billion telephone conversations were held over the lines of this system.

Each of these billions of conversations required the giving of an order to a telephone employee. Not one of these orders could be put in writing.

Some of them were given in loud voices, some spoken in murmurs, some clearly stated, some rapidly shot out. Yet so remarkable a standard of accuracy exists in the service of the Bell System that more than ninety-nine per cent, of all such orders were correctly received and executed.

No other business is subjected to such a test as this. The record of the average of service of the Bell System for the last few months is proof that the telephone has returned to its pre-war standard of practice.

One Policy, One System, Universal Service, and all directed toward Better Service