Scientific American
Issue: Apr, 1955
Posted in: Advertisements
2 Comments on Ad: HOW TO SQUEEZE JUICE FROM AN ATOM (Apr, 1955) 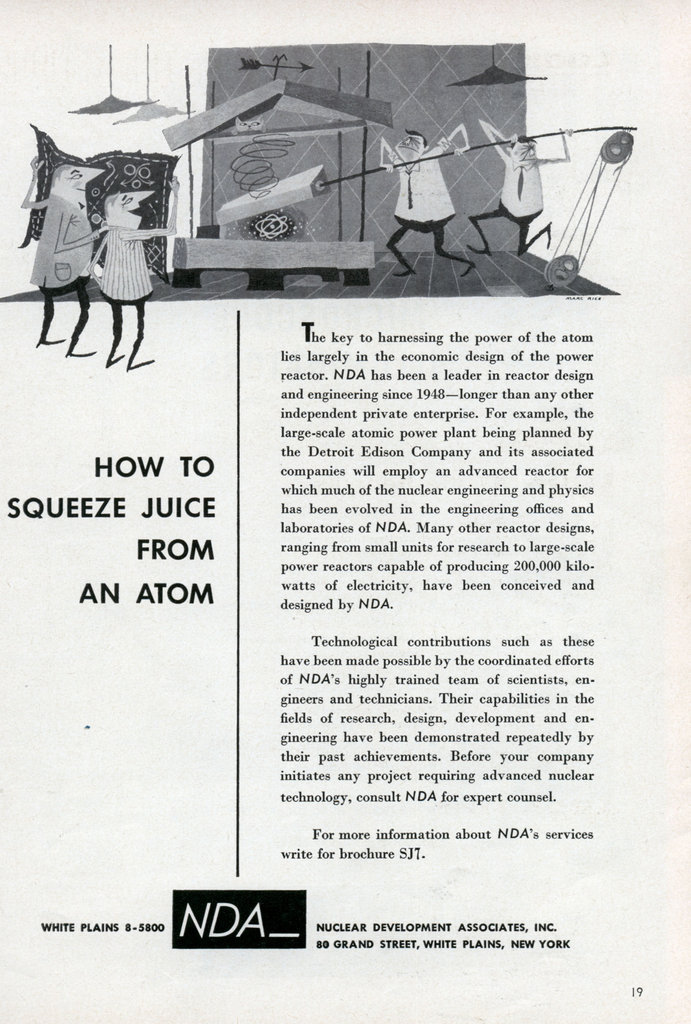 HOW TO SQUEEZE JUICE FROM AN ATOM

The key to harnessing the power of the atom lies largely in the economic design of the power reactor. NDA has been a leader in reactor design and engineering since 1948â€”longer than any other independent private enterprise. For example, the large-scale atomic power plant being planned by the Detroit Edison Company and its associated companies will employ an advanced reactor for which much of the nuclear engineering and physics has been evolved in the engineering offices and laboratories of NDA. Many other reactor designs, ranging from small units for research to large-scale power reactors capable of producing 200,000 kilowatts of electricity, have been conceived and designed by NDA.

Technological contributions such as these have been made possible by the coordinated efforts of NDA’s highly trained team of scientists, engineers and technicians. Their capabilities in the fields of research, design, development and engineering have been demonstrated repeatedly by their past achievements. Before your company initiates any project requiring advanced nuclear technology, consult NDA for expert counsel.