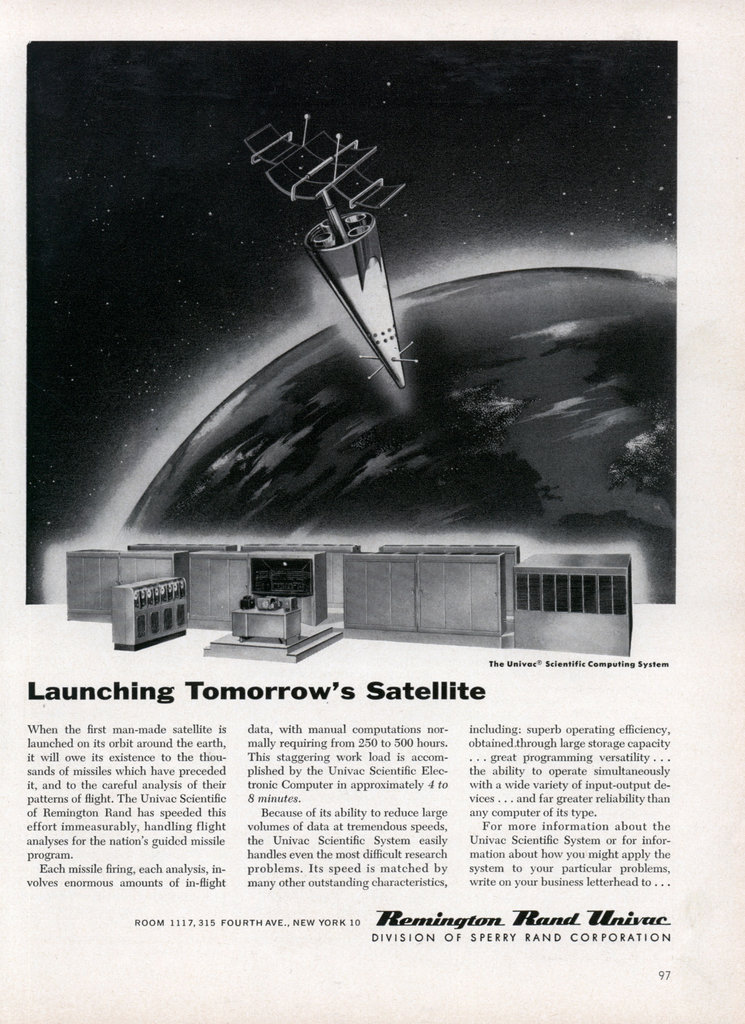 Launching Tomorrow’s Satellite
When the first man-made satellite is launched on its orbit around the earth, it will owe its existence to the thousands of missiles which have preceded it, and to the careful analysis of their patterns of flight. The Univac Scientific of Remington Rand has speeded this effort immeasurably, handling flight analyses for the nation’s guided missile program.
Each missile firing, each analysis, involves enormous amounts of in-flight data, with manual computations normally requiring from 250 to 500 hours. This staggering work load is accomplished by the Univac Scientific Electronic Computer in approximately 4 to 8 minutes.
Because of its ability to reduce large volumes of data at tremendous speeds, the Univac Scientific System easily handles even the most difficult research problems. Its speed is matched by many other outstanding characteristics, including: superb operating efficiency, obtained through large storage capacity . . . great programming versatility . . . the ability to operate simultaneously with a wide variety of input-output devices . . . and far greater reliability than any computer of its type.
For more information about the Univac Scientific System or for information about how you might apply the system to your particular problems, write on your business letterhead to . . .
ROOM 1117,315 FOURTH AVE., NEW YORK 10 Remington Rand Univac
DIVISION OF SPERRY RAND CORPORATION