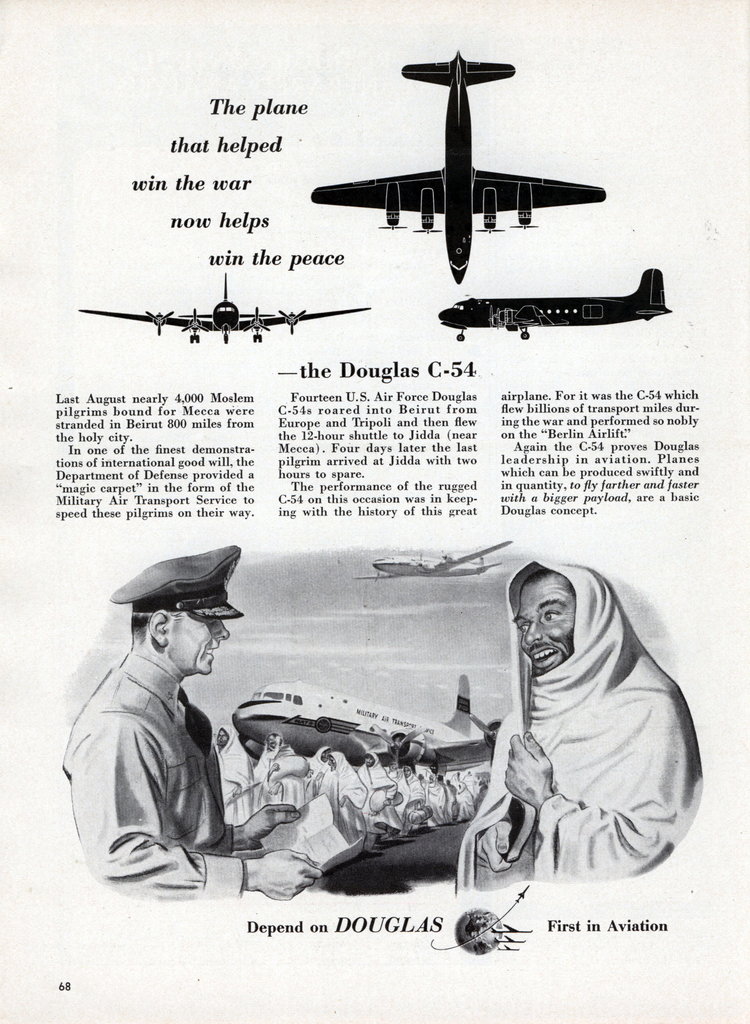 In one of the finest demonstrations of international good will, the Department of Defense provided a “magic carpet” in the form of the Military Air Transport Service to speed these pilgrims on their way.

Fourteen U.S. Air Force Douglas C-54s roared into Beirut from Europe and Tripoli and then flew the 12-hour shuttle to Jidda (near Mecca). Four days later the last pilgrim arrived at Jidda with two hours to spare.

The performance of the rugged C-54 on this occasion was in keeping with the history of this great airplane. For it was the C-54 which flew billions of transport miles during the war and performed so nobly on the “Berlin Airlift!’

Again the C-54 proves Douglas leadership in aviation. Planes which can be produced swiftly and in quantity, to fly farther and faster with a bigger pay load, are a basic Douglas concept.

Depend on DOUGLAS – First in Aviation