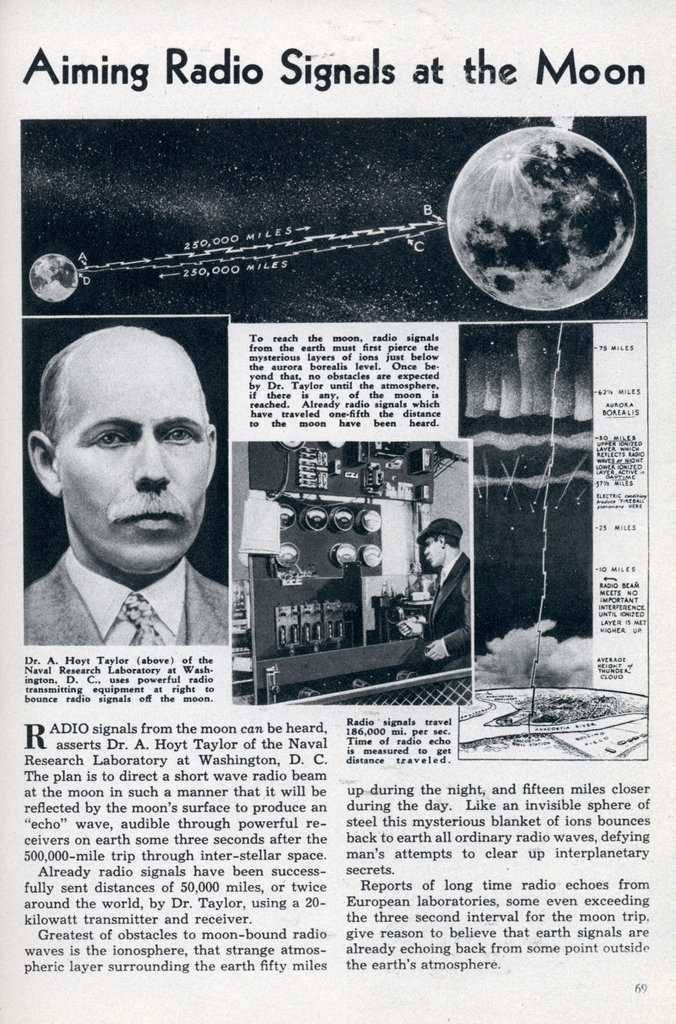 Aiming Radio Signals at the Moon

RADIO signals from the moon can be heard, asserts Dr. A. Hoyt Taylor of the Naval Research Laboratory at Washington, D. C. The plan is to direct a short wave radio beam at the moon in such a manner that it will be reflected by the moon’s surface to produce an “echo” wave, audible through powerful receivers on earth some three seconds after the 500,000-mile trip through inter-stellar space.

Already radio signals have been successfully sent distances of 50,000 miles, or twice around the world, by Dr. Taylor, using a 20-kilowatt transmitter and receiver.

Greatest of obstacles to moon-bound radio waves is the ionosphere, that strange atmospheric layer surrounding the earth fifty miles
up during the night, and fifteen miles closer during the day. Like an invisible sphere of steel this mysterious blanket of ions bounces back to earth all ordinary radio waves, defying man’s attempts to clear up interplanetary secrets.

Reports of long time radio echoes from European laboratories, some even exceeding the three second interval for the moon trip, give reason to believe that earth signals are already echoing back from some point outside the earth’s atmosphere.