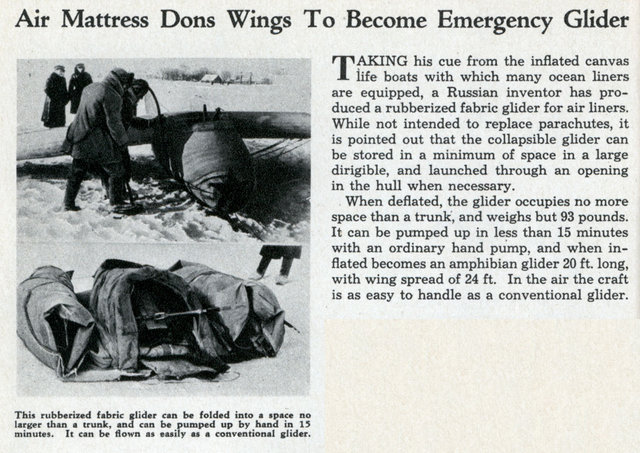 TAKING his cue from the inflated canvas life boats with which many ocean liners are equipped, a Russian inventor has produced a rubberized fabric glider for air liners. While not intended to replace parachutes, it is pointed out that the collapsible glider can be stored in a minimum of space in a large dirigible, and launched through an opening in the hull when necessary.

When deflated, the glider occupies no more space than a trunk, and weighs but 93 pounds. It can be pumped up in less than 15 minutes with an ordinary hand pump, and when inflated becomes an amphibian glider 20 ft. long, with wing spread of 24 ft. In the air the craft is as easy to handle as a conventional glider.