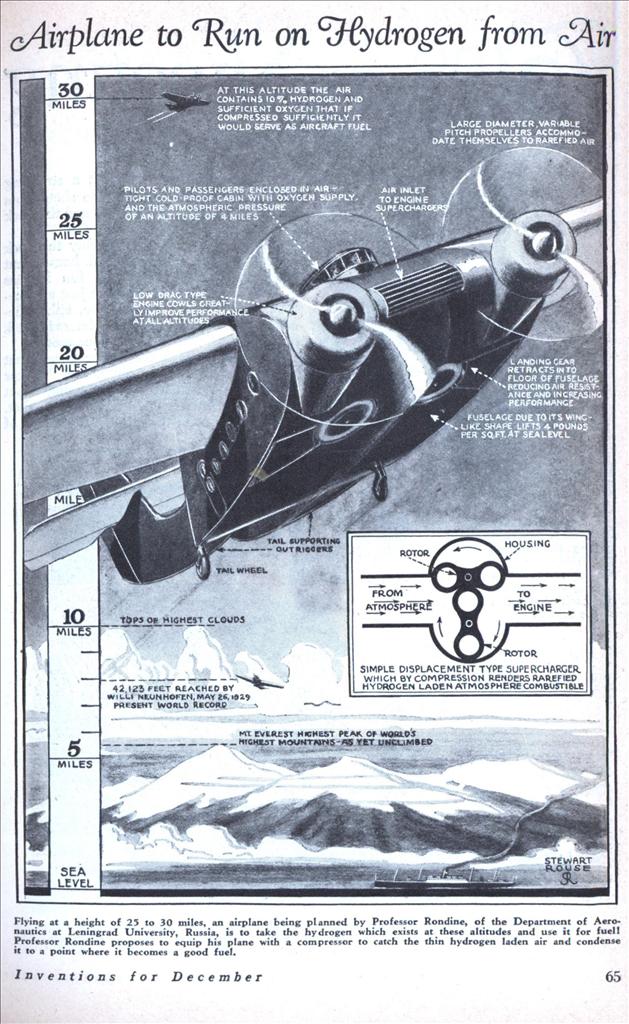 Airplane to Run on hydrogen from Air

Flying at a height of 25 to 30 miles, an airplane being planned by Professor Rondine, of the Department of Aeronautics at Leningrad University, Russia, is to take the hydrogen which exists at these altitudes and use it for fuel! Professor Rondine proposes to equip his plane with a compressor to catch the thin hydrogen laden air and condense it to a point where it becomes a good fuel.