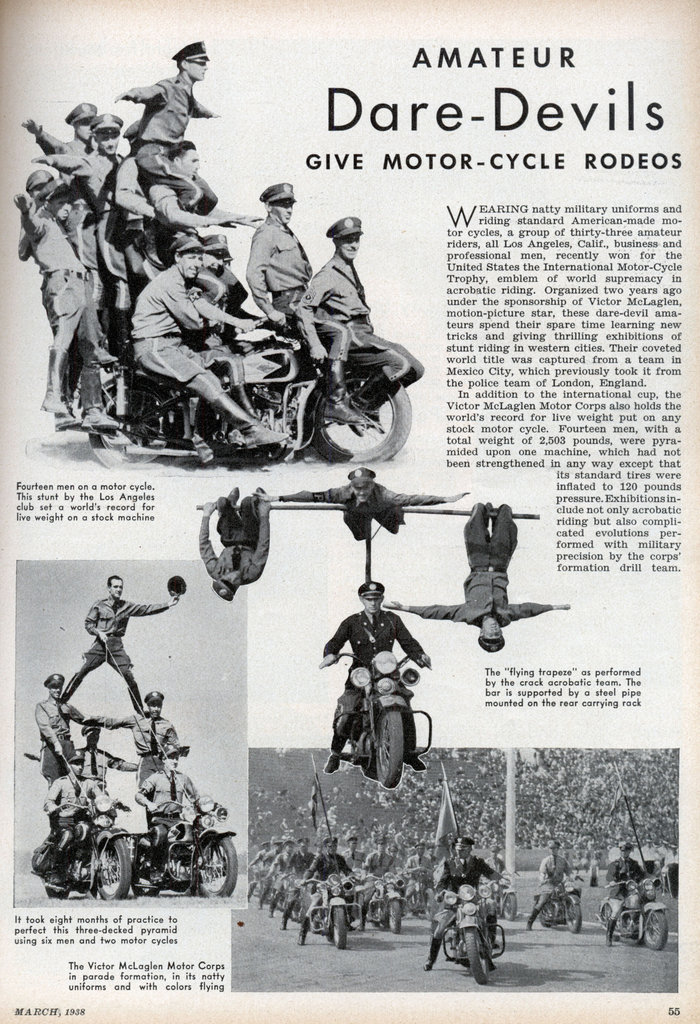 WEARING natty military uniforms and riding standard American-made motor cycles, a group of thirty-three amateur riders, all Los Angeles, Calif., business and professional men, recently won for the United States the International Motor-Cycle Trophy, emblem of world supremacy in acrobatic riding. Organized two years ago under the sponsorship of Victor McLaglen, motion-picture star, these dare-devil amateurs spend their spare time learning new tricks and giving thrilling exhibitions of stunt riding in western cities. Their coveted world title was captured from a team in Mexico City, which previously took it from the police team of London, England.

In addition to the international cup, the Victor McLaglen Motor Corps also holds the world’s record for live weight put on any stock motor cycle. Fourteen men, with a total weight of 2,503 pounds, were pyramided upon one machine, which had not been strengthened in any way except that its standard tires were inflated to 120 pounds pressure. Exhibitions include not only acrobatic riding but also complicated evolutions performed with military precision by the corps’ formation drill team.