Illustrated World
Issue: Sep, 1915
Posted in: War
Tags: Russia, World War I
No Comments on AMONG THE RUSSIANS (Sep, 1915) 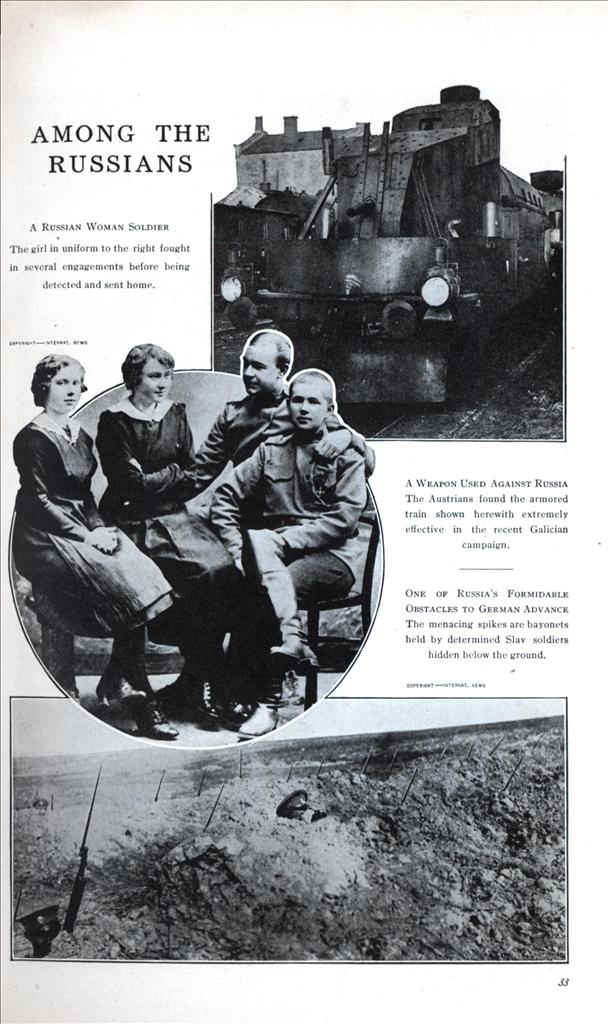 A Russian Woman Soldier
The girl in uniform to the right fought in several engagements before being detected and sent home.

A Weapon Used Against Russia
The Austrians found the armored train shown herewith extremely effective in the recent Galician campaign.

One of Russia’s Formidable Obstacles to German Advance
The menacing spikes are bayonets held by determined Slav soldiers hidden below the ground.

A Typical Loss of the Sort That Only Russia Can Stand
There are 15.000 in this group of prisoners at Augustowo; but except for the equipment, the Slav forces would not miss them in the slightest.

One of the Russian Prisoners He is a fifteen year old boy, who joined the army because of patriotism, according to Russians, but I in order to be sure of food, according to Germans.

How Russians Sometimes Shoot
Such a method affords safety but spoils accuracy. and is used but rarely.