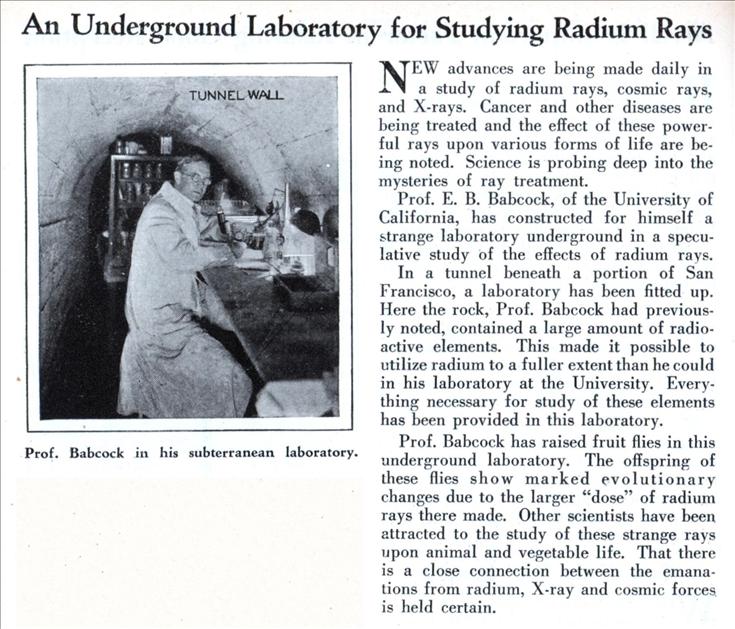 In a tunnel beneath a portion of San Francisco, a laboratory has been fitted up. Here the rock, Prof. Babcock had previously noted, contained a large amount of radioactive elements. This made it possible to utilize radium to a fuller extent than he could in his laboratory at the University. Everything necessary for study of these elements has been provided in this laboratory.

Prof. Babcock has raised fruit flies in this underground laboratory. The offspring of these flies show marked evolutionary changes due to the larger “dose” of radium rays there made. Other scientists have been attracted to the study of these strange rays upon animal and vegetable life. That there is a close connection between the emanations from radium, X-ray and cosmic forces is held certain.