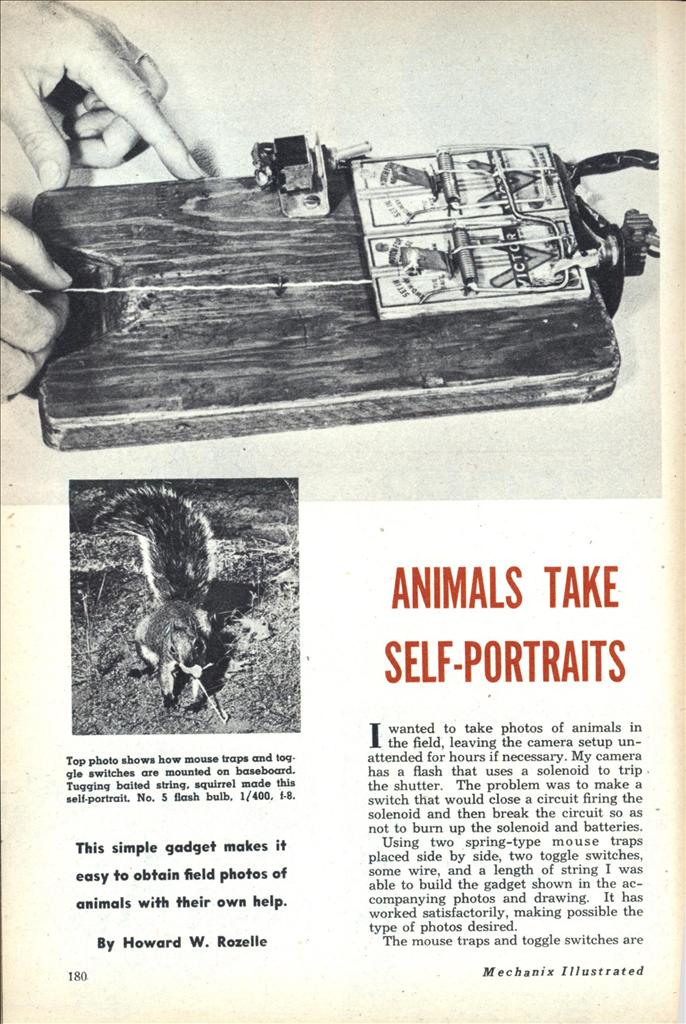 I wanted to take photos of animals in the field, leaving the camera setup unattended for hours if necessary. My camera has a flash that uses a solenoid to trip the shutter. The problem was to make a switch that would close a circuit firing the solenoid and then break the circuit so as not to bum up the solenoid and batteries.

Using two spring-type mouse traps placed side by side, two toggle switches, some wire, and a length of string I was able to build the gadget shown in the accompanying photos and drawing. It has worked satisfactorily, making possible the type of photos desired. The mouse traps and toggle switches are attached to a baseboard as shown. A short piece of wire is soldered to the spring-activated snapper of one trap in such a manner that it will control the snapper of the second trap (see drawing). A length of string runs from the trigger pad of the first trap to the remote spot on which the camera is focused where a bait is attached.