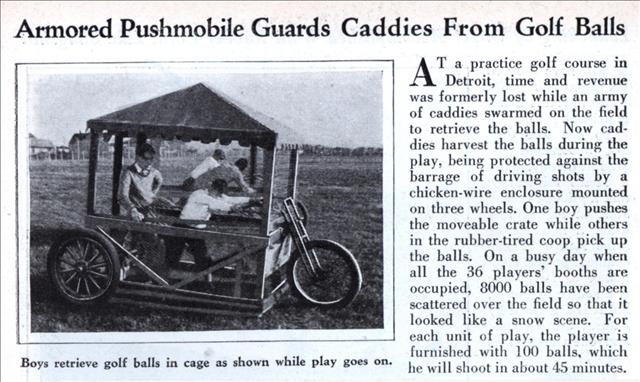 AT a practice golf course in Detroit, time and revenue was formerly lost while an army of caddies swarmed on the field to retrieve the balls. Now caddies harvest the balls during the play, being protected against the barrage of driving shots by a chicken-wire enclosure mounted on three wheels. One boy pushes the moveable crate while others in the rubber-tired coop pick up the balls. On a busy day when all the 36 players’ booths are occupied, 8000 balls have been scattered over the field so that it looked like a snow scene. For each unit of play, the player is furnished with 100 balls, which lie will shoot in about 45 minutes.