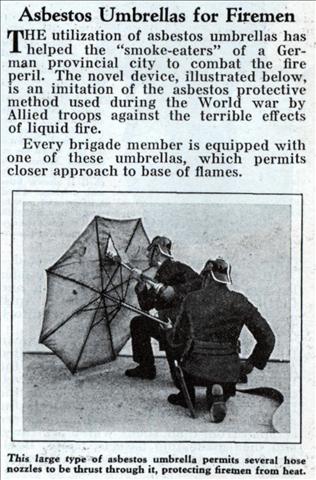 THE utilization of asbestos umbrellas has helped the “smoke-eaters” of a German provincial city to combat the fire peril. The novel device, illustrated below, is an imitation of the asbestos protective method used during the World war by Allied troops against the terrible effects of liquid fire.

Every brigade member is equipped with one of these umbrellas, which permits closer approach to base of flames.