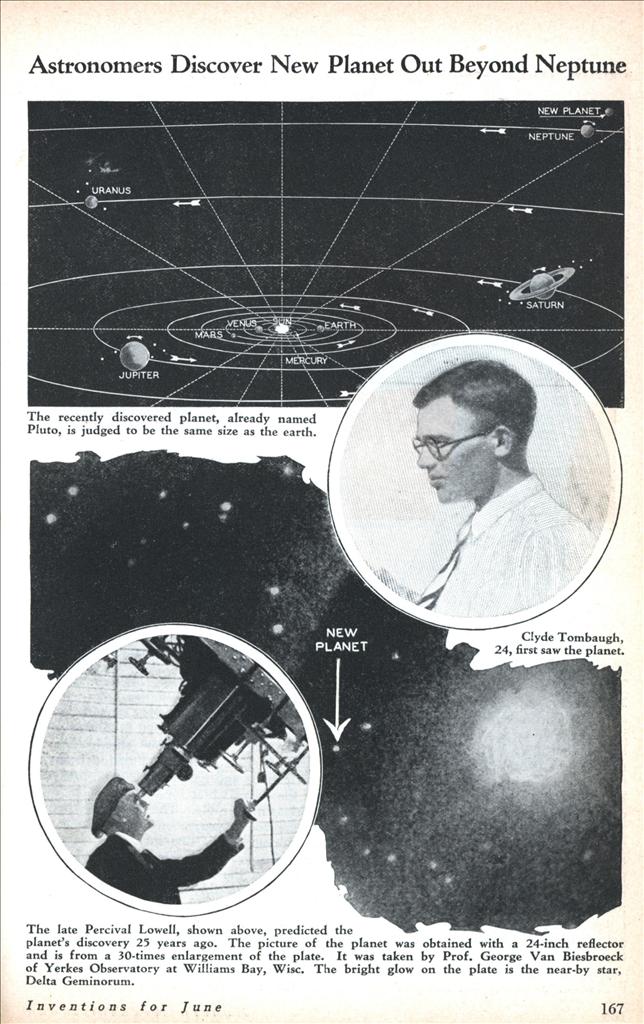 The recently discovered planet, already named Pluto, is judged to be the same size as the earth.

The late Percival Lowell, shown above, predicted the planet’s discovery 25 years ago. The picture of the planet was obtained with a 24-inch reflector and is from a 30-times enlargement of the plate. It was taken by Prof. George Van Biesbroeck of Yerkes Observatory at Williams Bay, Wisc. The bright glow on the plate is the near-by star, Delta Geminorum.