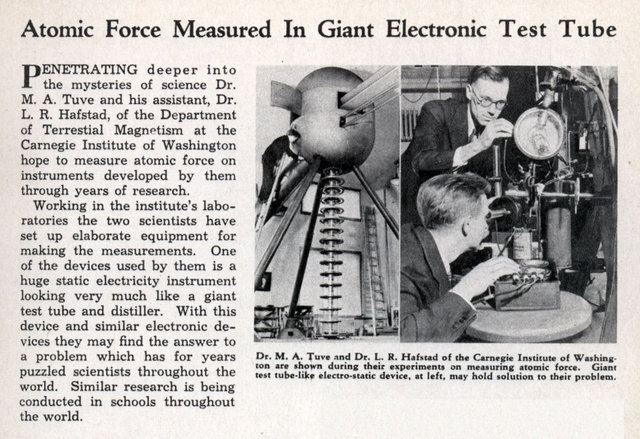 Atomic Force Measured In Giant Electronic Test Tube
PENETRATING deeper into the mysteries of science Dr. M. A. Tuve and his assistant, Dr. L. R. Hafstad, of the Department of Terrestial Magnetism at the Carnegie Institute of Washington hope to measure atomic force on instruments developed by them through years of research.
Working in the institute’s laboratories the two scientists have set up elaborate equipment for making the measurements. One of the devices used by them is a huge static electricity instrument looking very much like a giant test tube and distiller. With this device and similar electronic devices they may find the answer to a problem which has for years puzzled scientists throughout the world. Similar research is being conducted in schools throughout the world.