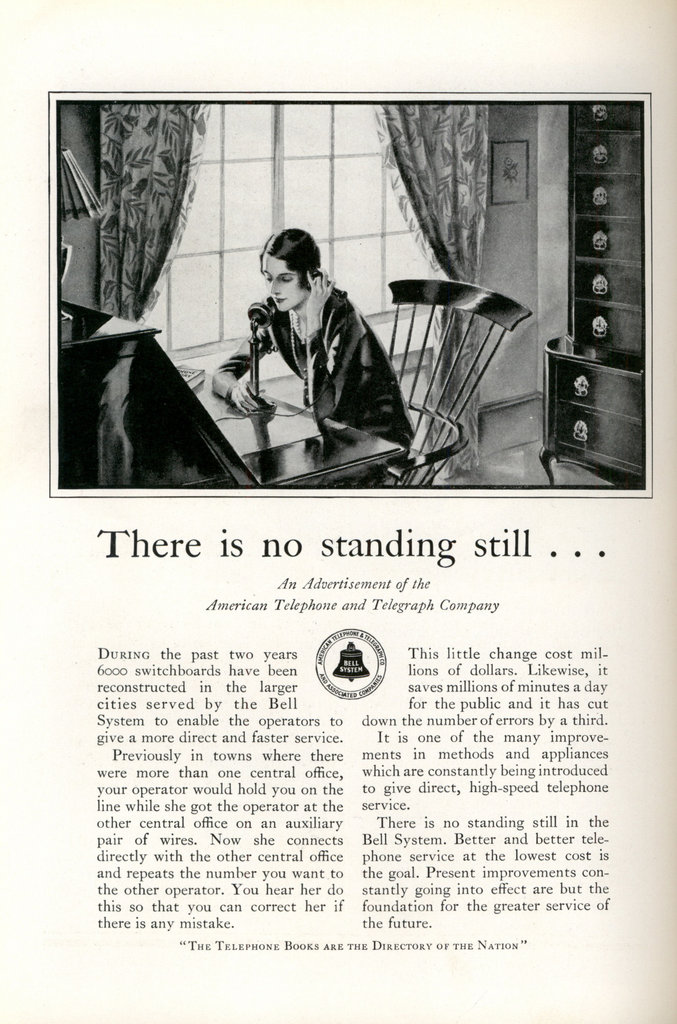 During the past two years 6000 switchboards have been reconstructed in the larger cities served by the Bell System to enable the operators to give a more direct and faster service. Previously in towns where there were more than one central office, your operator would hold you on the line while she got the operator at the other central office on an auxiliary pair of wires. Now she connects directly with the other central office and repeats the number you want to the other operator. You hear her do this so that you can correct her if there is any mistake.

This little change cost millions of dollars. Likewise, it saves millions of minutes a day for the public and it has cut down the number of errors by a third. It is one of the many improvements in methods and appliances which are constantly being introduced to give direct, high-speed telephone service.

There is no standing still in the Bell System. Better and better telephone service at the lowest cost is the goal. Present improvements constantly going into effect are but the foundation for the greater service of the future.

“The Telephone Books are the Directory of the Nation”