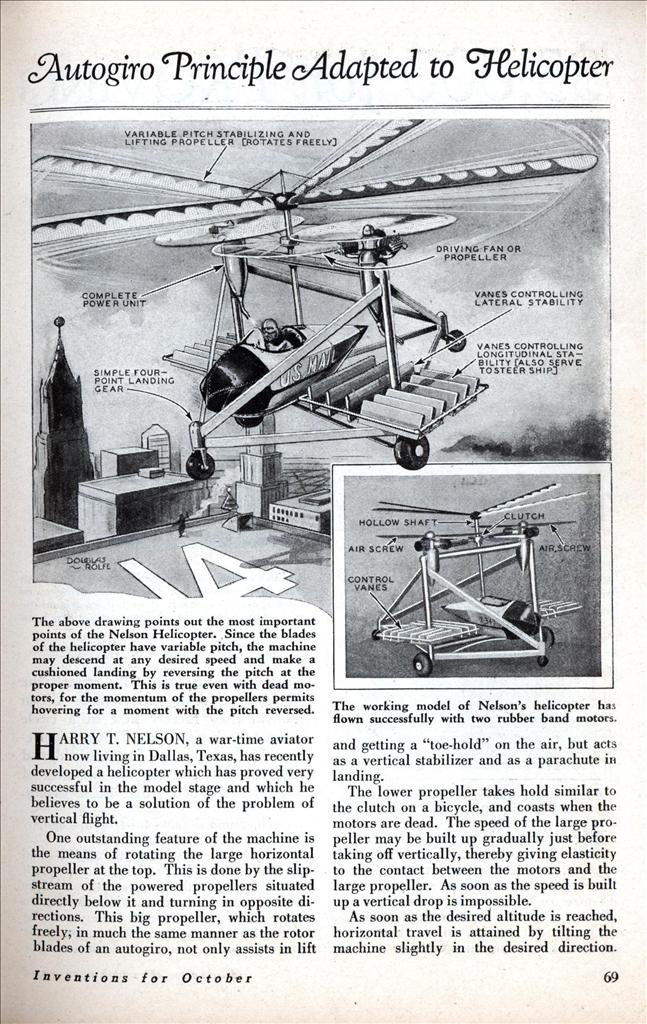 HARRY T. NELSON, a war-time aviator now living in Dallas, Texas, has recently developed a helicopter which has proved very successful in the model stage and which he believes to be a solution of the problem of vertical flight.

One outstanding feature of the machine is the means of rotating the large horizontal propeller at the top. This is done by the slipstream of the powered propellers situated directly below it and turning in opposite directions. This big propeller, which rotates freely; in much the same manner as the rotor blades of an autogiro, not only assists in lift

and getting a “toe-hold” on the air, but acts as a vertical stabilizer and as a parachute in landing.

As soon as the desired altitude is reached, horizontal travel is attained by tilting the machine slightly in the desired direction.