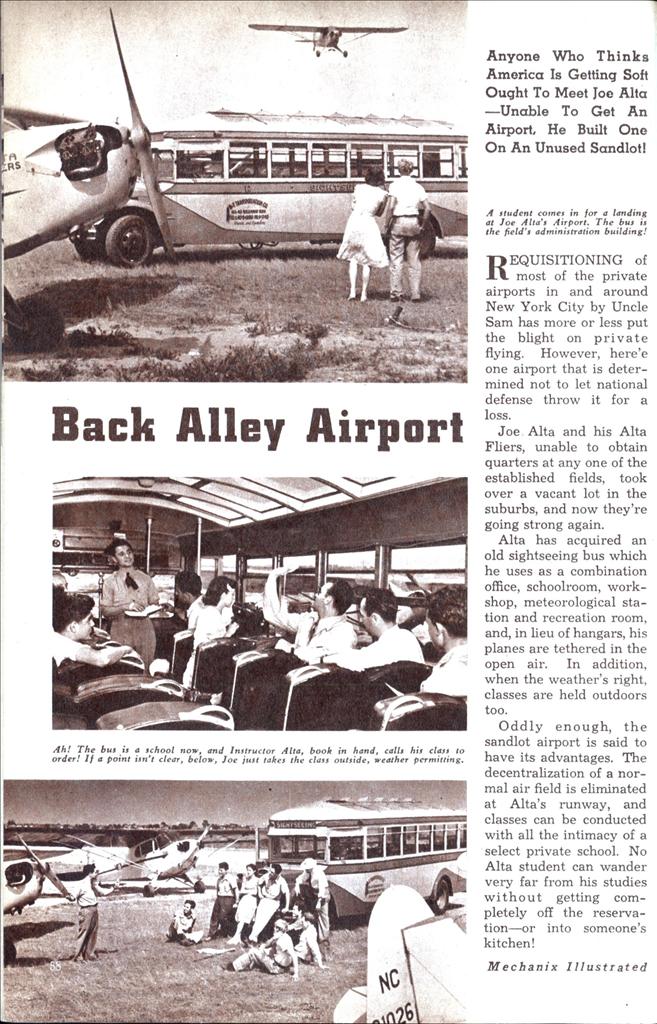 Requisitioning of most of the private airports in and around New York City by Uncle Sam has more or less put the blight on private flying. However, here’e one airport that is determined not to let national defense throw it for a loss.

Joe Alta and his Alta Fliers, unable to obtain quarters at any one of the established fields, took over a vacant lot in the suburbs, and now they’re going strong again.

Alta has acquired an old sightseeing bus which he uses as a combination office, schoolroom, workshop, meteorological station and recreation room, and, in lieu of hangars, his planes are tethered in the open air. In addition, when the weather’s right, classes are held outdoors too.

Oddly enough, the sandlot airport is said to have its advantages. The decentralization of a normal air field is eliminated at Alta’s runway, and classes can be conducted with all the intimacy of a select private school. No Alta student can wander very far from his studies without getting completely off the reservation—or into someone’s kitchen!