What do we think this is? My guess would be a UV lamp. 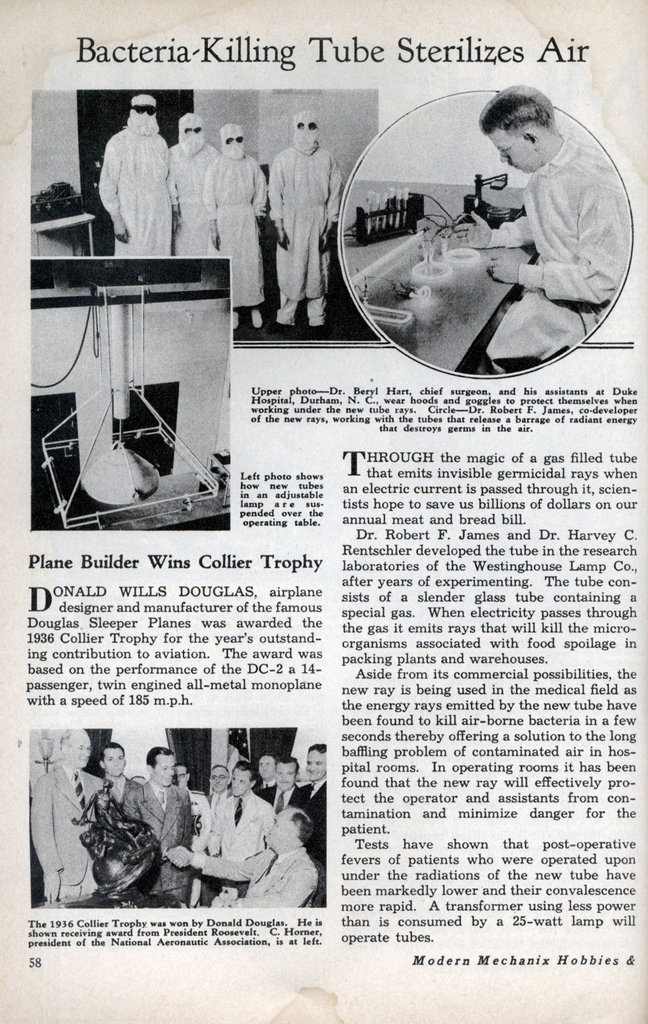 THROUGH the magic of a gas filled tube that emits invisible germicidal rays when an electric current is passed through it, scientists hope to save us billions of dollars on our annual meat and bread bill.

Dr. Robert F. James and Dr. Harvey C. Rentschler developed the tube in the research laboratories of the Westinghouse Lamp Co., after years of experimenting. The tube consists of a slender glass tube containing a special gas. When electricity passes through the gas it emits rays that will kill the microorganisms associated with food spoilage in packing plants and warehouses.

Aside from its commercial possibilities, the new ray is being used in the medical field as the energy rays emitted by the new tube have been found to kill air-borne bacteria in a few seconds thereby offering a solution to the long baffling problem of contaminated air in hospital rooms. In operating rooms it has been found that the new ray will effectively protect the operator and assistants from contamination and minimize danger for the patient.

Tests have shown that post-operative fevers of patients who were operated upon under the radiations of the new tube have been markedly lower and their convalescence more rapid. A transformer using less power than is consumed by a 25-watt lamp will operate tubes.