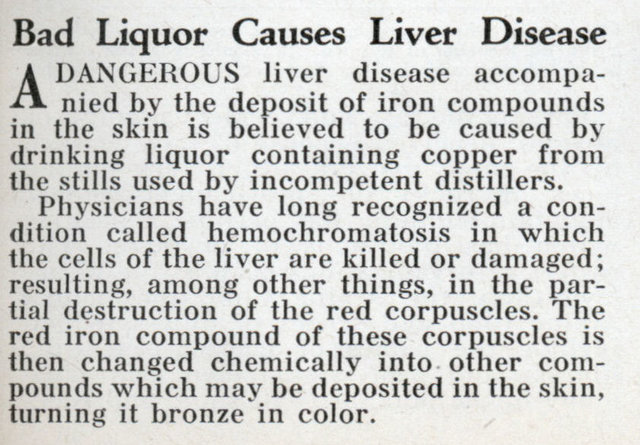 A DANGEROUS liver disease accompanied by the deposit of iron compounds in the skin is believed to be caused by drinking liquor containing copper from the stills used by incompetent distillers.

Physicians have long recognized a condition called hemochromatosis in which the cells of the liver are killed or damaged; resulting, among other things, in the partial destruction of the red corpuscles. The red iron compound of these corpuscles is then changed chemically into other compounds which may be deposited in the skin, turning it bronze in color.