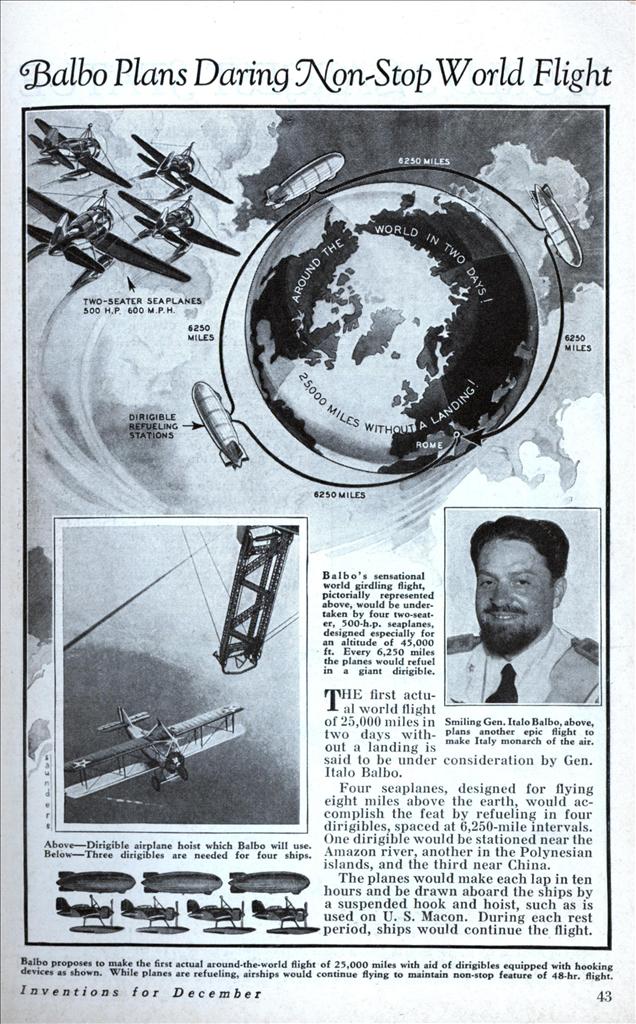 THE first actual world flight of 25,000 miles in two days without a landing is said to be under consideration by Gen. Italo Balbo.

Four seaplanes, designed for flying eight miles above the earth, would accomplish the feat by refueling in four dirigibles, spaced at 6,250-mile intervals. One dirigible would be stationed near the Amazon river, another in the Polynesian islands, and the third near China.

The planes would make each lap in ten hours and be drawn aboard the ships by a suspended hook and hoist, such as is used on U. S. Macon. During each rest period, ships would continue the flight.