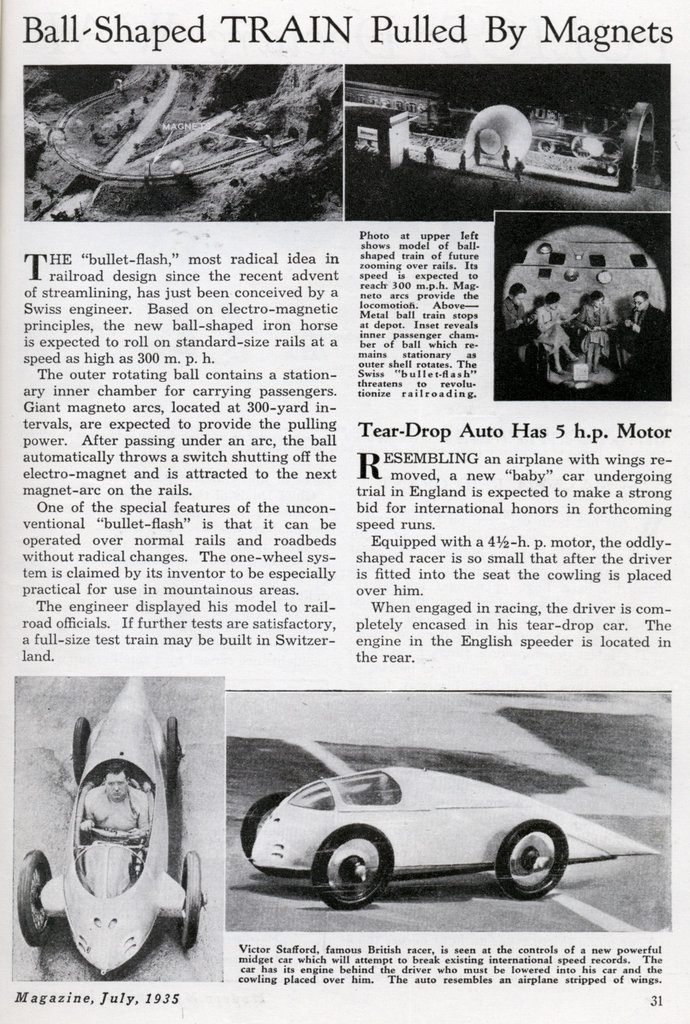 THE “bullet-flash,” most radical idea in railroad design since the recent advent of streamlining, has just been conceived by a Swiss engineer. Based on electro-magnetic principles, the new ball-shaped iron horse is expected to roll on standard-size rails at a speed as high as 300 m.p.h.

The outer rotating ball contains a stationary inner chamber for carrying passengers. Giant magneto arcs, located at 300-yard intervals, are expected to provide the pulling power. After passing under an arc, the ball automatically throws a switch shutting off the electro-magnet and is attracted to the next magnet-arc on the rails.

One of the special features of the unconventional “bullet-flash” is that it can be operated over normal rails and roadbeds without radical changes. The one-wheel system is claimed by its inventor to be especially practical for use in mountainous areas.
The engineer displayed his model to railroad officials. If further tests are satisfactory, a full-size test train may be built in Switzerland.