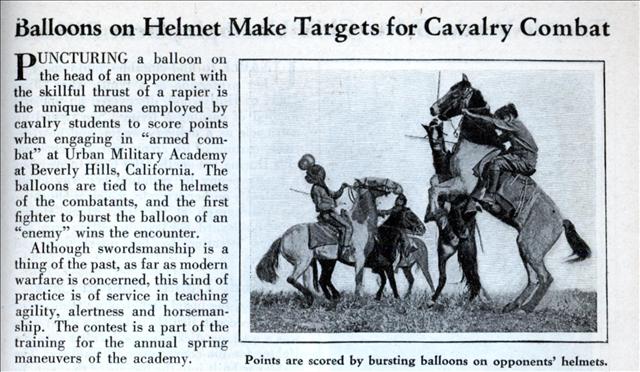 PUNCTURING a balloon on the head of an opponent with the skillful thrust of a rapier is the unique means employed by cavalry students to score points when engaging in “armed combat” at Urban Military Academy at Beverly Hills, California. The balloons are tied to the helmets of the combatants, and the first fighter to burst the balloon of an “enemy” wins the encounter.

Although swordsmanship is a thing of the past, as far as modern warfare is concerned, this kind of practice is of service in teaching agility, alertness and horsemanship. The contest is a part of the training for the annual spring maneuvers of the academy.