Basic transportation for the man who hates gingerbread. (Feb, 1969) 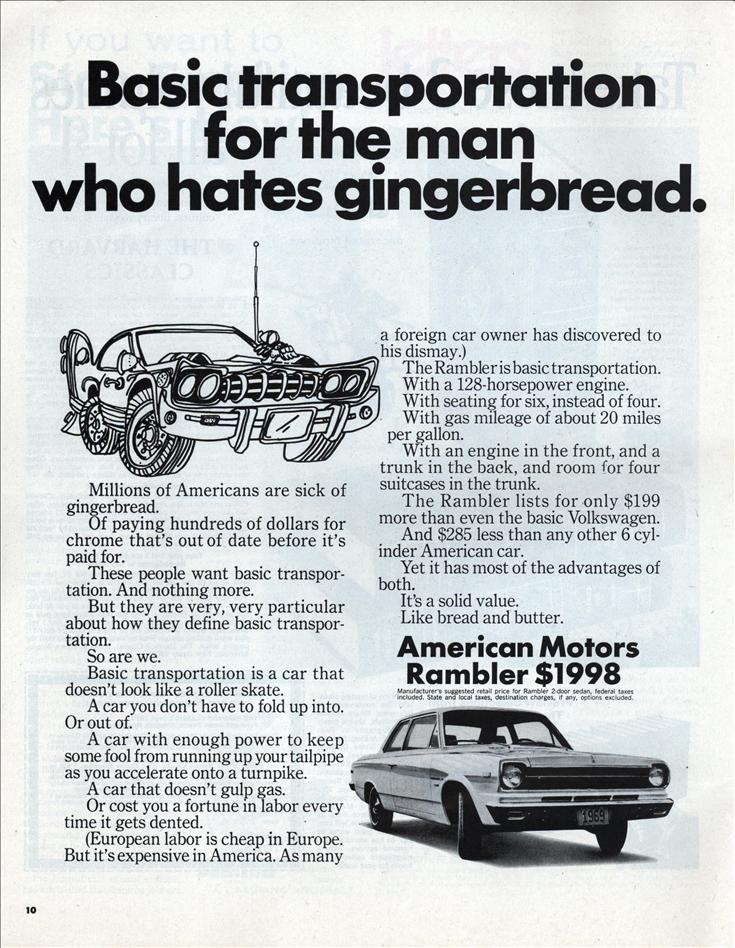 Basic transportation for the man who hates gingerbread.

Millions of Americans are sick of gingerbread.

Of paying hundreds of dollars for chrome that’s out of date before it’s paid for.

These people want basic transportation. And nothing more.

But they are very, very particular about how they define basic transportation.

Basic transportation is a car that doesn’t look like a roller skate.

A car you don’t have to fold up into. Or out of.

A car with enough power to keep some fool from running up your tailpipe as you accelerate onto a turnpike.

A car that doesn’t gulp gas.

Or cost you a fortune in labor every time it gets dented.

(European labor is cheap in Europe. But it’s expensive in America. As many

a foreign car owner has discovered to his dismay.)

The Rambler is basic transportation. I With a 128-horsepower engine.

With seating for six, instead of four.

With gas mileage of about 20 miles per gallon.

With an engine in the front, and a trunk in the back, and room for four suitcases in the trunk.

The Rambler lists for only $199 more than even the basic Volkswagen.

And $285 less than any other 6 cylinder American car.

Yet it has most of the advantages of both.