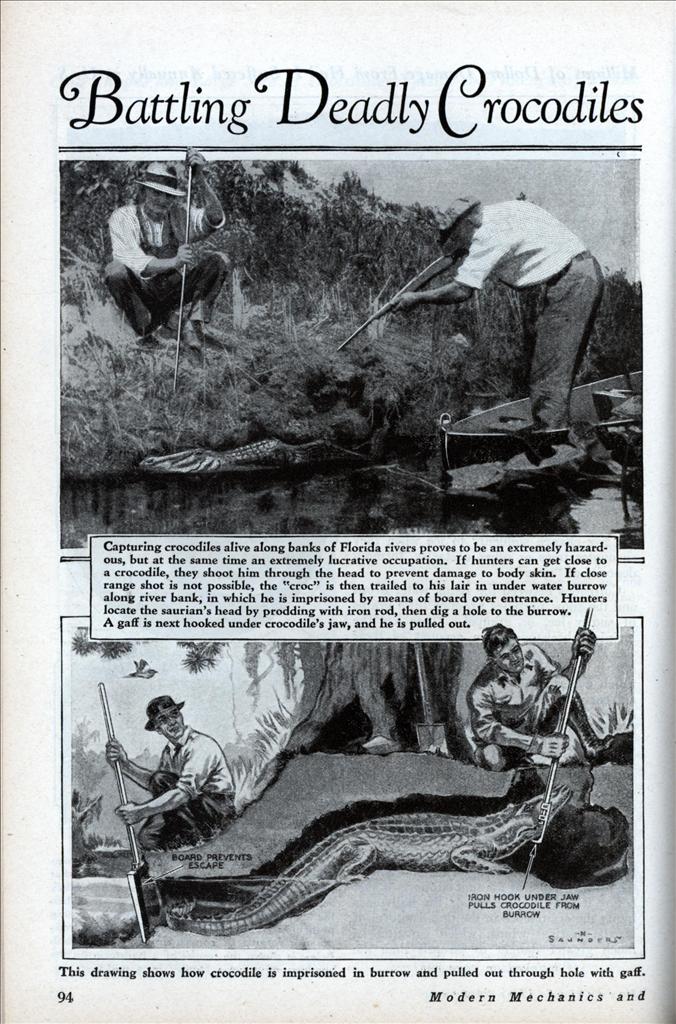 Capturing crocodiles alive along banks of Florida rivers proves to be an extremely hazardous, but at the same time an extremely lucrative occupation. If hunters can get close to a crocodile, they shoot him through the head to prevent damage to body skin. If close range shot is not possible, the “croc” is then trailed to his lair in under water burrow along river bank, in which he is imprisoned by means of board over entrance. Hunters locate the saurian’s head by prodding with iron rod, then dig a hole to the burrow. A gaff is next hooked under crocodile’s jaw, and he is pulled out.

Powerful jaws of captured crocodile are bound with stout ropes after he is pulled from burrow —the most hazardous part of the hunt. Insert shows Robert Faherty, well known crocodile hunter, exhibiting prize catch, worth about $100.00, captured after four hour struggle.

Final act of the “croc” hunt drama—the victim is lashed to board with ropes, as shown above. Thus bound, this crocodile was shipped to zoo in Miami, where he was put on display for tourists. He was considered an unusual prize.

Here is an old hunter exploring crocodile haunts in bushes along river bank. Thrills aplenty are his lot, but also handsome profits from valuable hides.