The original OCR output for this was much cooler before I fixed it. Who doesn’t want a Bacon Beam? 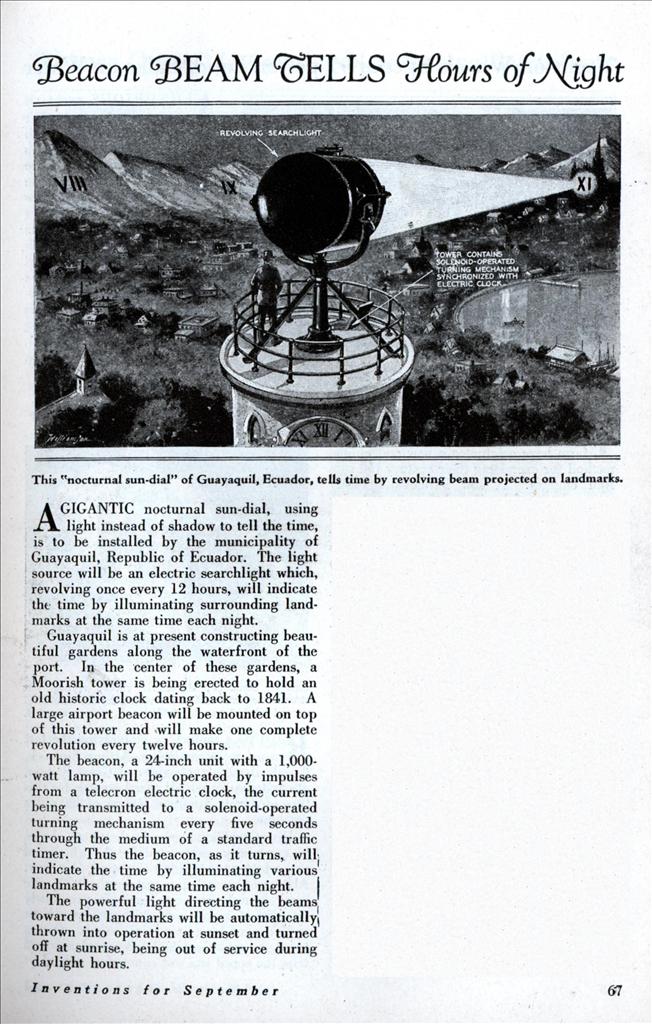 A GIGANTIC nocturnal sun-dial, using light instead of shadow to tell the time, is to be installed by the municipality of Guayaquil, Republic of Ecuador. The light source will be an electric searchlight which, revolving once every 12 hours, will indicate the time by illuminating surrounding landmarks at the same time each night.

Guayaquil is at present constructing beautiful gardens along the waterfront of the port. In the center of these gardens, a Moorish tower is being erected to hold an old historic clock dating back to 1841. A large airport beacon will be mounted on top of this tower and will make one complete revolution every twelve hours.

The beacon, a 24-inch unit with a 1,000-watt lamp, will be operated by impulses from a telecron electric clock, the current being transmitted to a solenoid-operated turning mechanism every five seconds through the medium of a standard traffic timer. Thus the beacon, as it turns, will indicate the time by illuminating various landmarks at the same time each night.

The powerful light directing the beams toward the landmarks will be automatically^ thrown into operation at sunset and turned off at sunrise, being out of service during daylight hours.