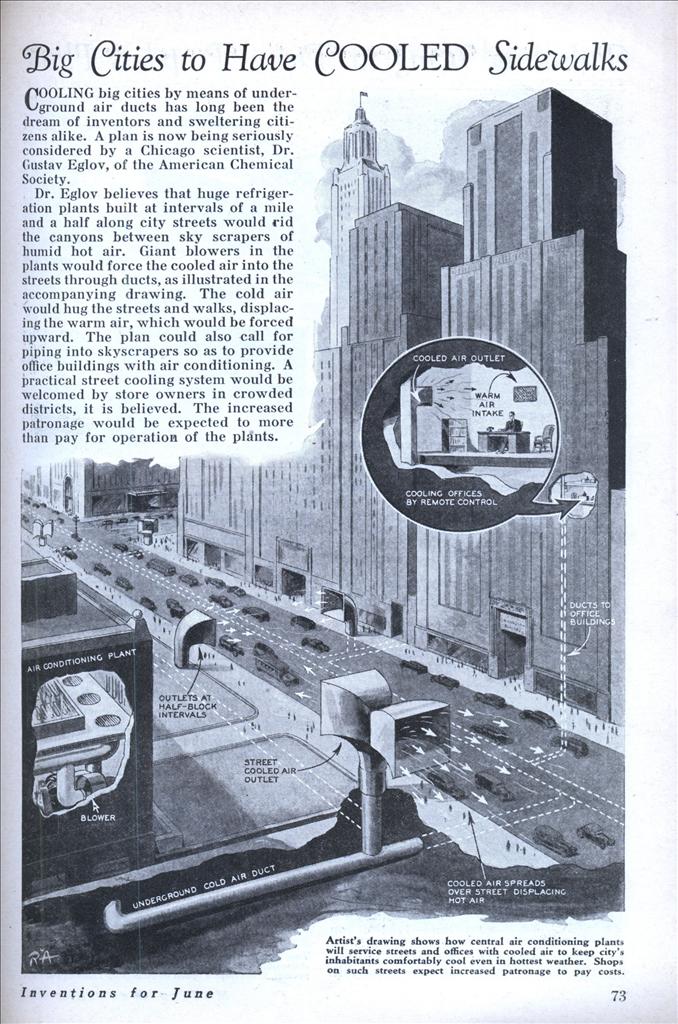 Big Cities to Have COOLED Sidewalks

COOLING big cities by means of underground air ducts has long been the dream of inventors and sweltering citizens alike. A plan is now being seriously considered by a Chicago scientist, Dr. Gustav Eglov, of the American Chemical Society.

Dr. Eglov believes that huge refrigeration plants built at intervals of a mile and a half along city streets would rid the canyons between sky scrapers of humid hot air. Giant blowers in the plants would force the cooled air into the streets through ducts, as illustrated in the accompanying drawing. The cold air would hug the streets and walks, displacing the warm air, which would be forced upward. The plan could also call for piping into skyscrapers so as to provide office buildings with air conditioning. A practical street cooling system would be welcomed by store owners in crowded districts, it is believed. The increased patronage would be expected to more than pay for operation of the plants.