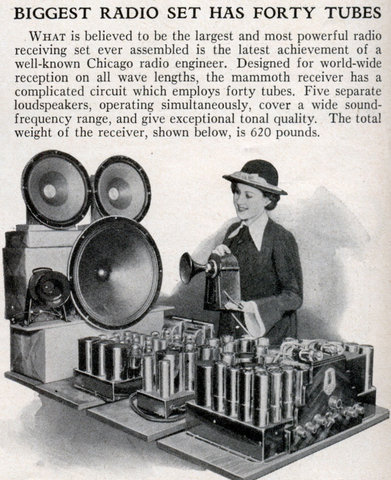 BIGGEST RADIO SET HAS FORTY TUBES
What is believed to be the largest and most powerful radio receiving set ever assembled is the latest achievement of a well-known Chicago radio engineer. Designed for world-wide reception on all wave lengths, the mammoth receiver has a complicated circuit which employs forty tubes. Five separate loudspeakers, operating simultaneously, cover a wide sound-frequency range, and give exceptional tonal quality. The total weight of the receiver, shown below, is 620 pounds.