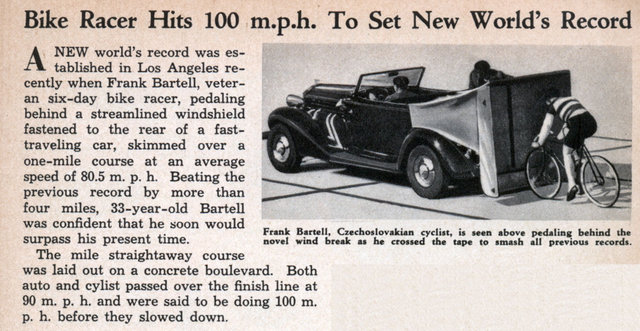 ANEW world’s record was established in Los Angeles recently when Frank Bartell, veteran six-day bike racer, pedaling behind a streamlined windshield fastened to the rear of a fast-traveling car, skimmed over a one-mile course at an average speed of 80.5 m. p. h. Beating the previous record by more than four miles, 33-year-old Bartell was confident that he soon would surpass his present time.

The mile straightaway course was laid out on a concrete boulevard. Both auto and cylist passed over the finish line at 90 m. p. h. and were said to be doing 100 m.p. h. before they slowed down.