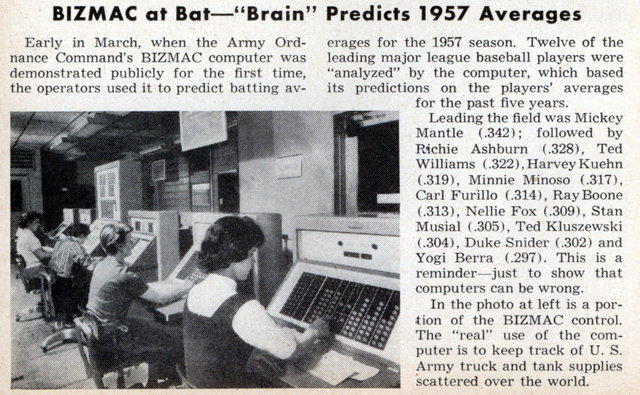 Early in March, when the Army Ordnance Command’s BIZMAC computer was demonstrated publicly for the first time, the operators used it to predict batting averages for the 1957 season. Twelve of the leading major league baseball players were “analyzed” by the computer, which based its predictions on the players’ averages for the past five years.

In the photo at left is a portion of the BIZMAC control. The “real” use of the computer is to keep track of U. S.
Army truck and tank supplies scattered over the world.