I’m not really sure how this is supposed to work. Where would all the material from that sphere go? I suppose if you used a nuke then you could vaporize it, but then I don’t think you’d want to live there. 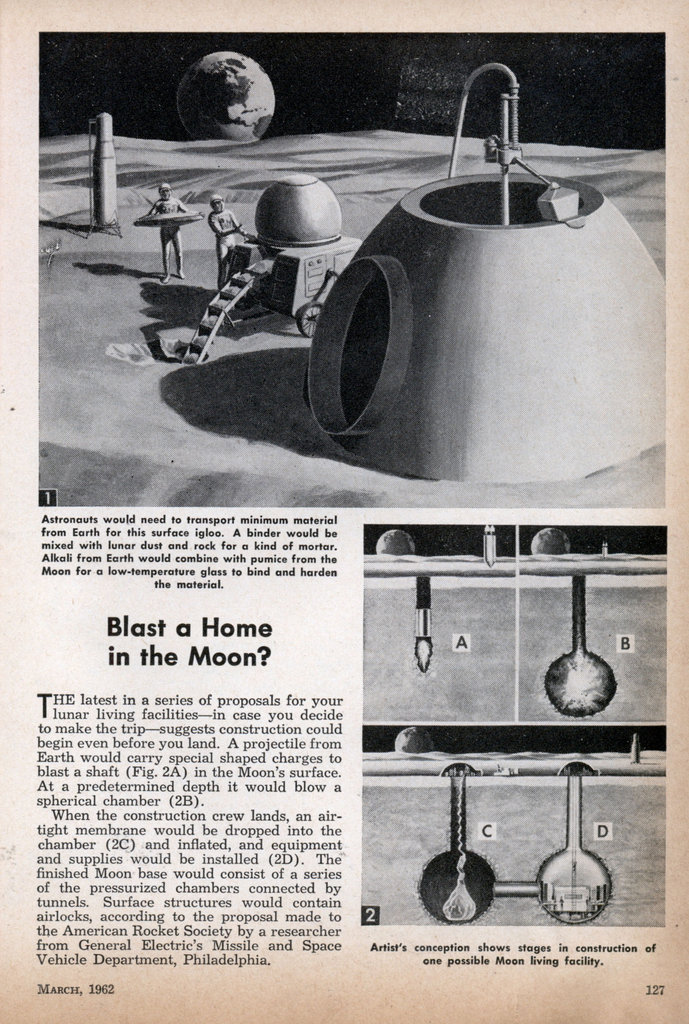 Blast a Home in the Moon?

THE latest in a series of proposals for your lunar living facilitiesâ€”in case you decide to make the tripâ€”suggests construction could begin even before you land. A projectile from Earth would carry special shaped charges to blast a shaft (Fig. 2A) in the Moon’s surface. At a predetermined depth it would blow a spherical chamber (2B).

When the construction crew lands, an airtight membrane would be dropped into the chamber (2C) and inflated, and equipment and supplies would be installed (2D). The finished Moon base would consist of a series of the pressurized chambers connected by tunnels. Surface structures would contain airlocks, according to the proposal made to the American Rocket Society by a researcher from General Electric’s Missile and Space Vehicle Department, Philadelphia.