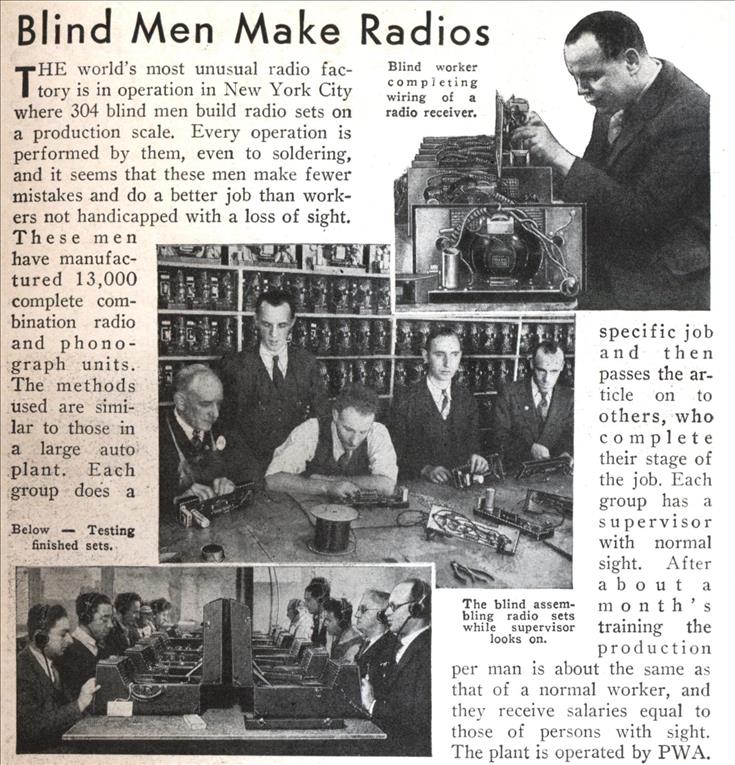 THE world’s most unusual radio factory is in operation in New York City where 304 blind men build radio sets on a production scale. Every operation is performed by them, even to soldering, and it seems that these men make fewer mistakes and do a better job than workers not handicapped with a loss of sight. These men have manufactured 13,000 complete combination radio and phonograph units. The methods used are similar to those in a large auto plant. Each group does a specific job and then passes the article on to others, who complete their stage of the job. Each group has a supervisor with normal sight. After about a month’s training the production per man is about the same as that of a normal worker, and they receive salaries equal to those of persons with sight. The plant is operated by PWA.