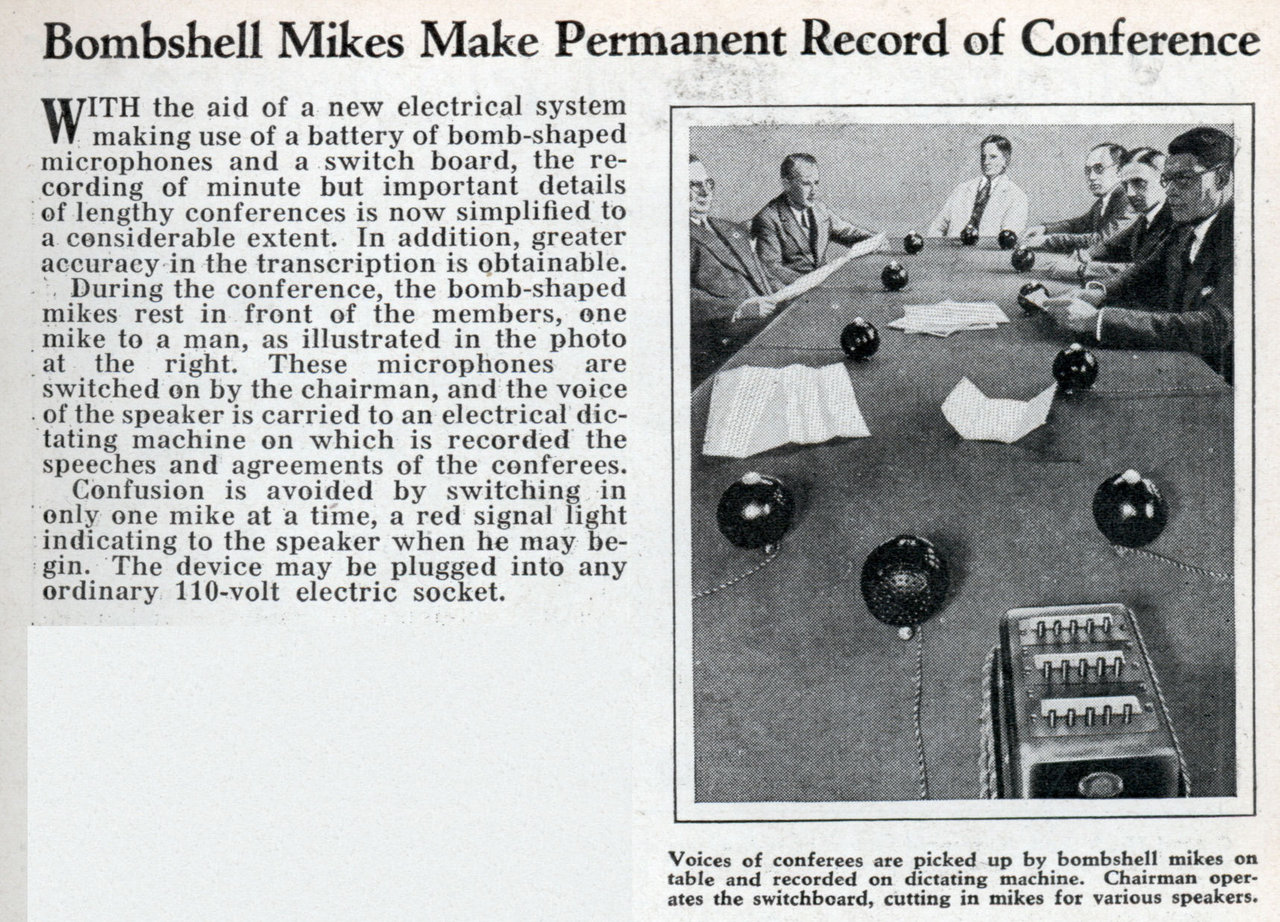 WITH the aid of a new electrical system making use of a battery of bomb-shaped microphones and a switch board, the recording of minute but important details of lengthy conferences is now simplified to a considerable extent. In addition, greater accuracy in the transcription is obtainable.

During the conference, the bomb-shaped mikes rest in front of the members, one mike to a man, as illustrated in the photo at the right. These microphones are switched on by the chairman, and the voice of the speaker is carried to an electrical dictating machine on which is recorded the speeches and agreements of the conferees.

Confusion is avoided by switching in only one mike at a time, a red signal light indicating to the speaker when he may begin. The device may be plugged into any ordinary 110-volt electric socket.