I don’t think this is “Brain Music” so much as a pair of insane headphones made using people’s hands as drivers and paper as the diaphragm. 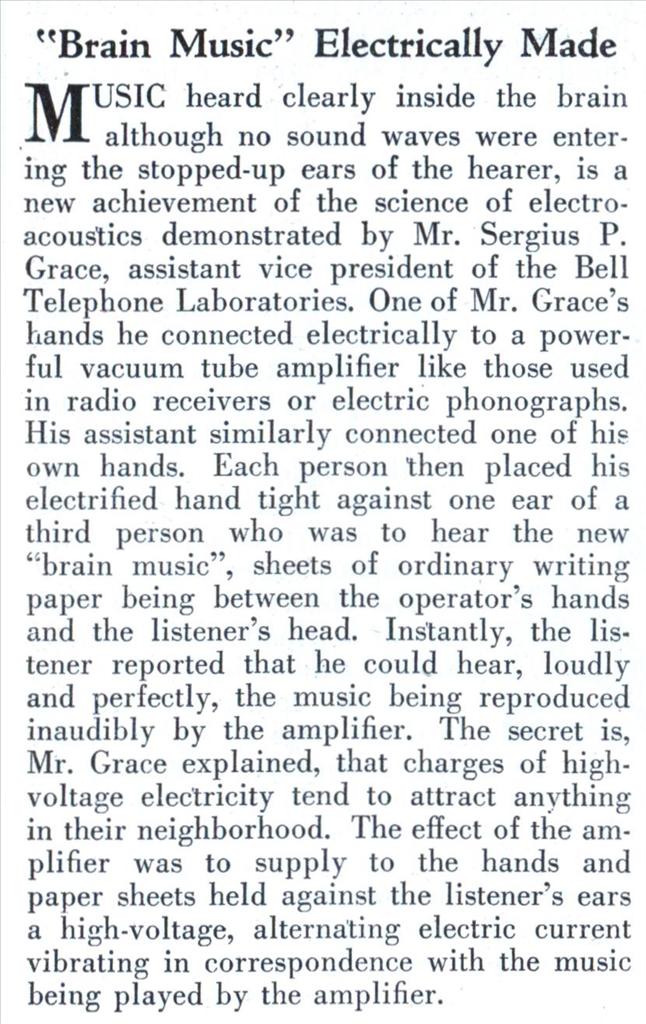 MUSIC heard clearly inside the brain although no sound waves were entering the stopped-up ears of the hearer, is a new achievement of the science of electro-acoustics demonstrated by Mr. Sergius P. Grace, assistant vice president of the Bell Telephone Laboratories. One of Mr. Grace’s hands he connected electrically to a powerful vacuum tube amplifier like those used in radio receivers or electric phonographs. His assistant similarly connected one of his own hands. Each person then placed his electrified hand tight against one ear of a third person who was to hear the new “brain music”, sheets of ordinary writing paper being between the operator’s hands and the listener’s head. Instantly, the listener reported that he could hear, loudly and perfectly, the music being reproduced inaudibly by the amplifier. The secret is, Mr. Grace explained, that charges of high-voltage electricity tend to attract anything in their neighborhood. The effect of the amplifier was to supply to the hands and paper sheets held against the listener’s ears a high-voltage, alternating electric current vibrating in correspondence with the music being played by the amplifier.