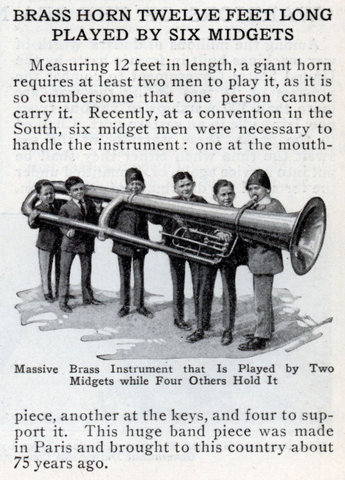 Measuring 12 feet in length, a giant horn requires at least two men to play it, as it is so cumbersome that one person cannot carry it. Recently, at a convention in the South, six midget men were necessary to handle the instrument: one at the mouth-
piece, another at the keys, and four to support it. This huge band piece was made in Paris and brought to this country about 75 years ago.