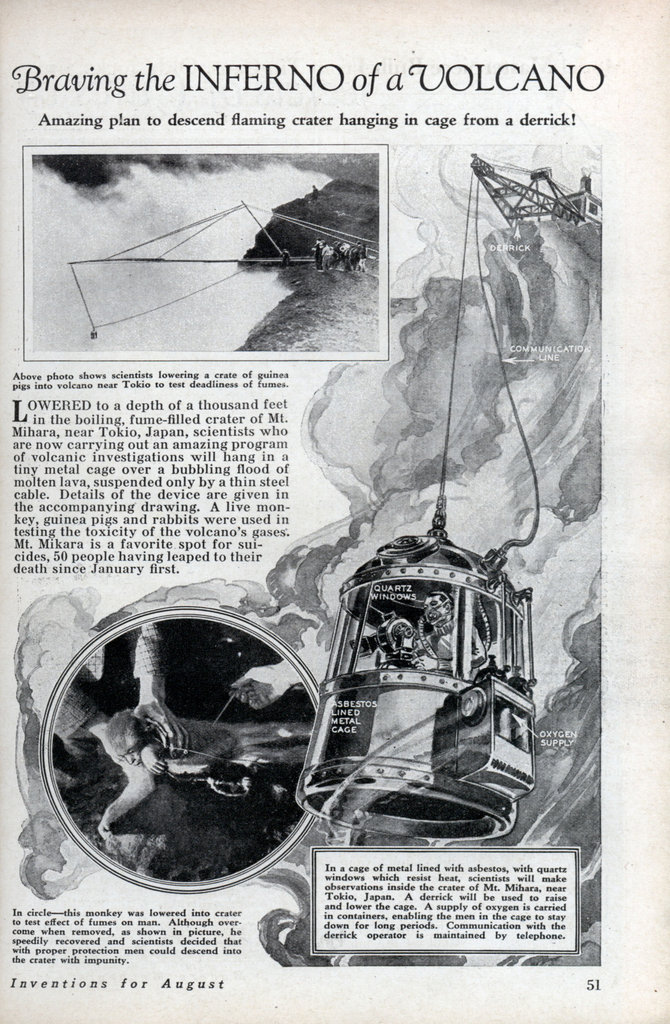 In circle—this monkey was lowered into crater to test effect of fumes on man. Although overcome when removed, as shown in picture, he speedily recovered and scientists decided that with proper protection men could descend into the crater with impunity.

In a cage of metal lined with asbestos, with quartz windows which resist heat, scientists will make observations inside the crater of Mt. Mihara, near Tokio, Japan. A derrick will be used to raise and lower the cage. A supply of oxygen is carried in containers, enabling the men in the cage to stay down for long periods. Communication with the derrick operator is maintained by telephone.