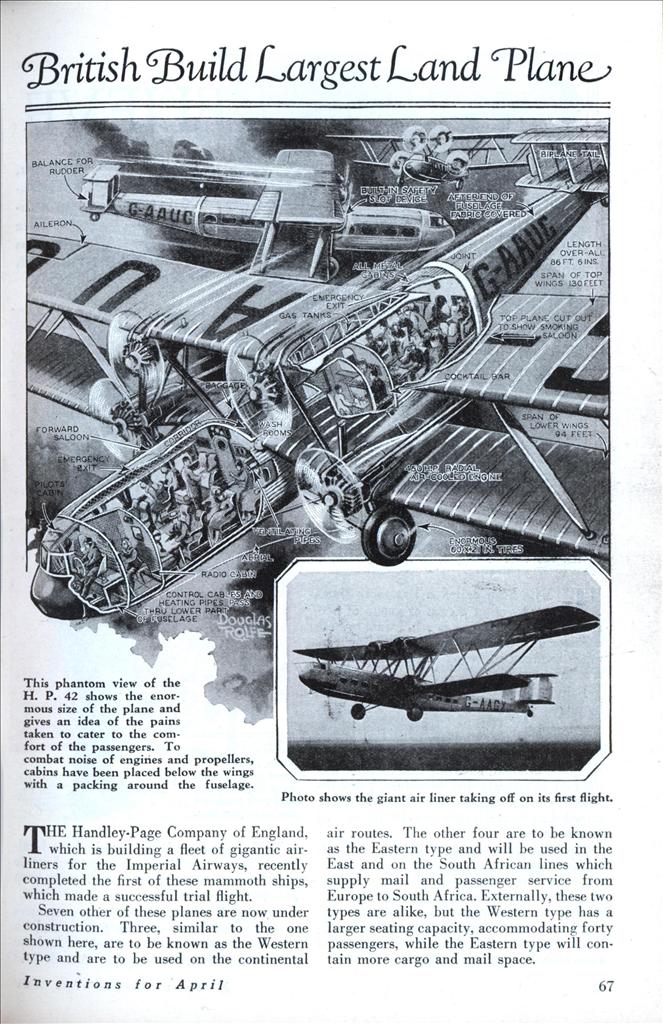 THE Handley-Page Company of England, which is building a fleet of gigantic ail-liners for the Imperial Airways, recently completed the first of these mammoth ships, which made a successful trial flight.

Seven other of these planes are now under construction. Three, similar to the one shown here, are to be known as the Western type and are to be used on the continental air routes. The other four are to be known as the Eastern type and will be used in the East and on the South African lines which supply mail and passenger service from Europe to South Africa. Externally, these two types are alike, but the Western type has a larger seating capacity, accommodating forty passengers, while the Eastern type will contain more cargo and mail space.