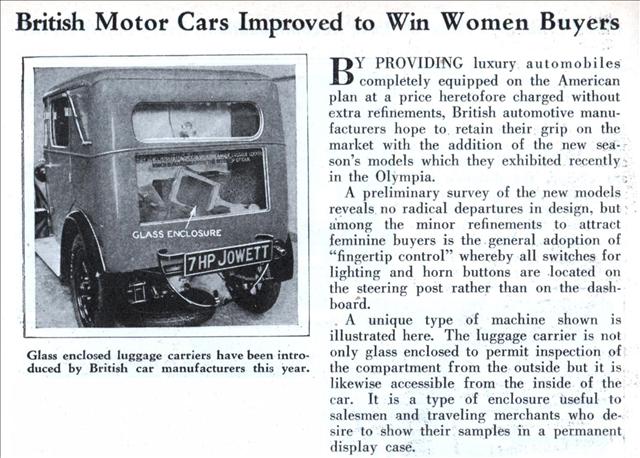 BY PROVIDING luxury automobiles completely equipped on the American plan at a price heretofore charged without extra refinements, British automotive manufacturers hope to retain their grip on the market with the addition of the new season’s models which they exhibited recently; in the Olympia.

A preliminary survey of the new models reveals no radical departures in design, but among the minor refinements to attract feminine buyers is the general adoption of “fingertip control” whereby all switches for lighting and horn buttons are located on the steering post rather than on the dashboard.

A unique type of machine shown is illustrated here. The luggage carrier is not only glass enclosed to permit inspection of the compartment from the outside but it is likewise accessible from the inside of the car. It is a type of enclosure useful to salesmen and traveling merchants who desire to show their samples in a permanent display case.